The Schools Series contains team eligibility lists and correspondence between the KHSAA office and the member schools. A typical eligibility list will include personal information, such as a player's date of birth, city, county, and/or state of birth, and number of semesters in high school. The correspondence covers such topics as eligibility of players, problems that occurred at games, player or team sanctions, and contract disputes. The eligibility conflicts discuss the 21-year-old rule, the preceding-semester rule, transfers, passing the minimum number of academic credit hours, and being eligible as a war veteran. There is a slight break in the records during World War II, and many new sports appear after the war. Black high school records appear in the mid-1950s when they joined the KHSAA. Girls teams are mentioned between 1927 and 1932, and do not reappear until the mid-1960s. 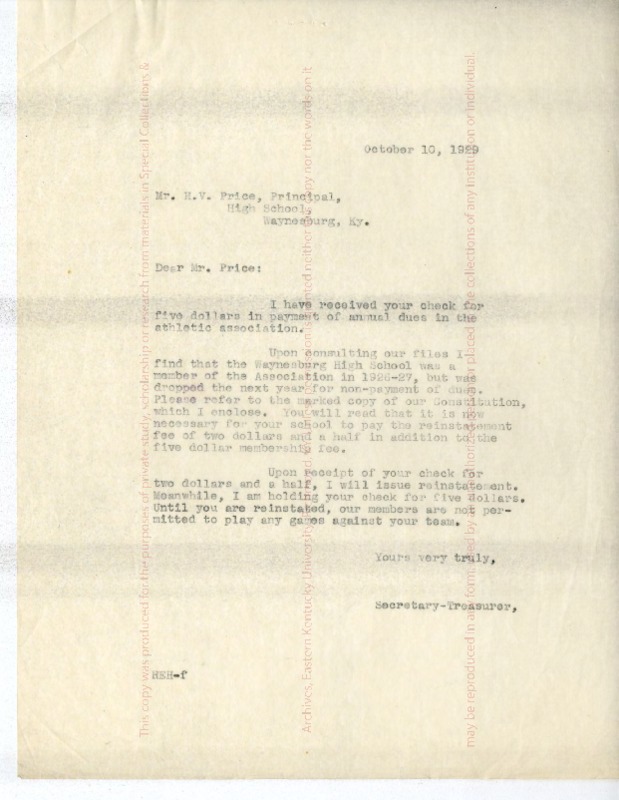 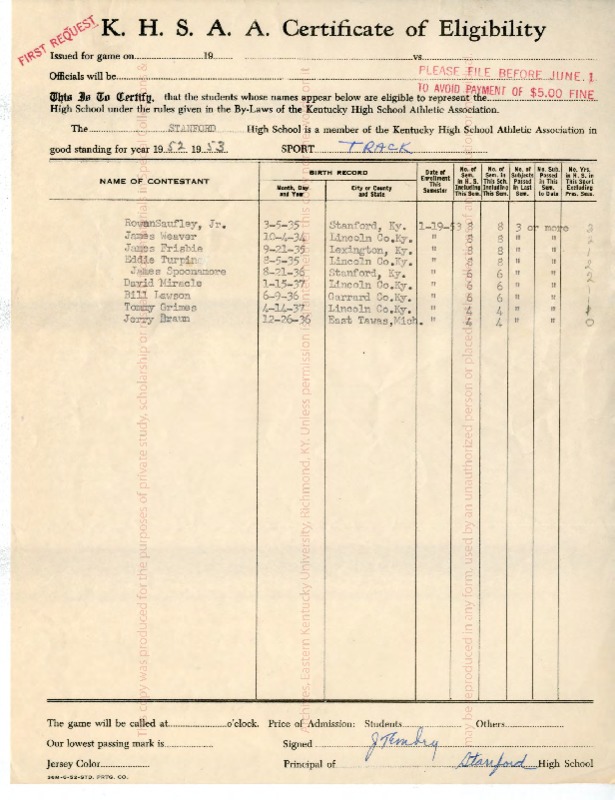 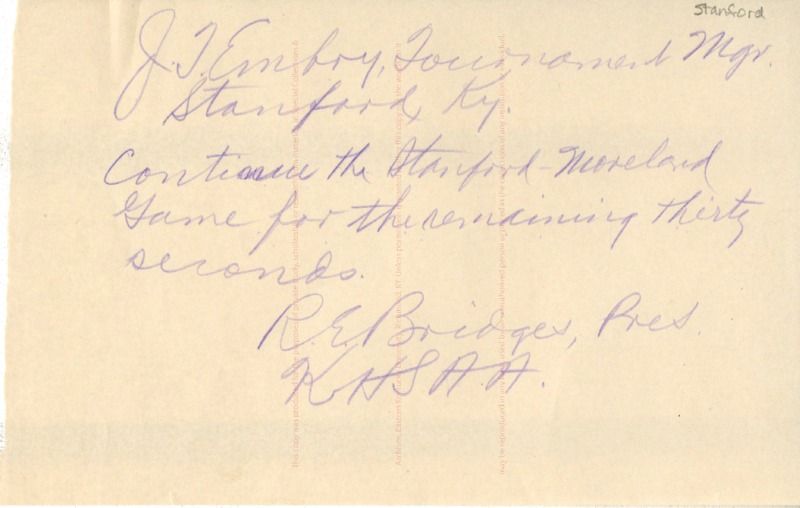 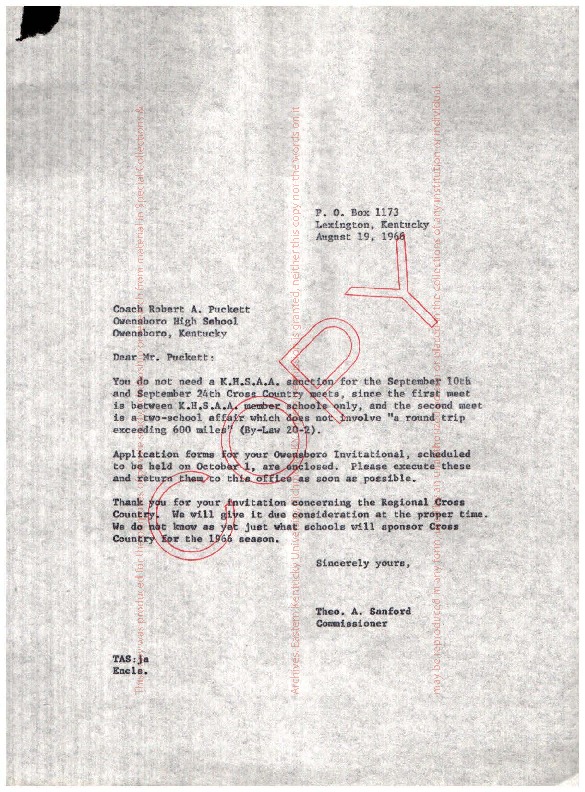 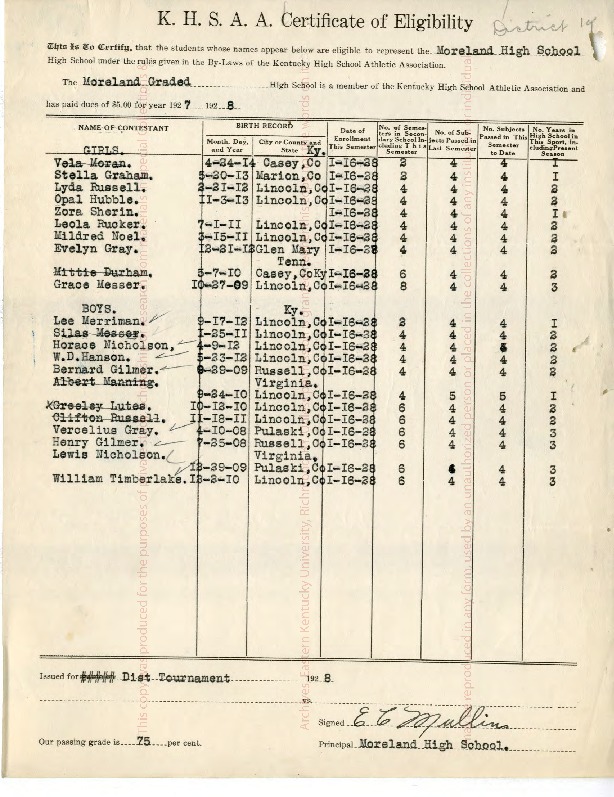 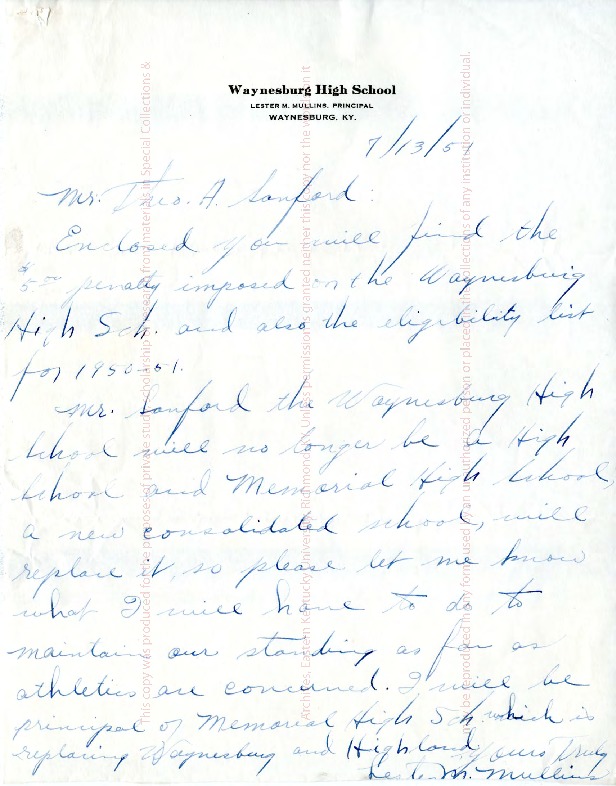 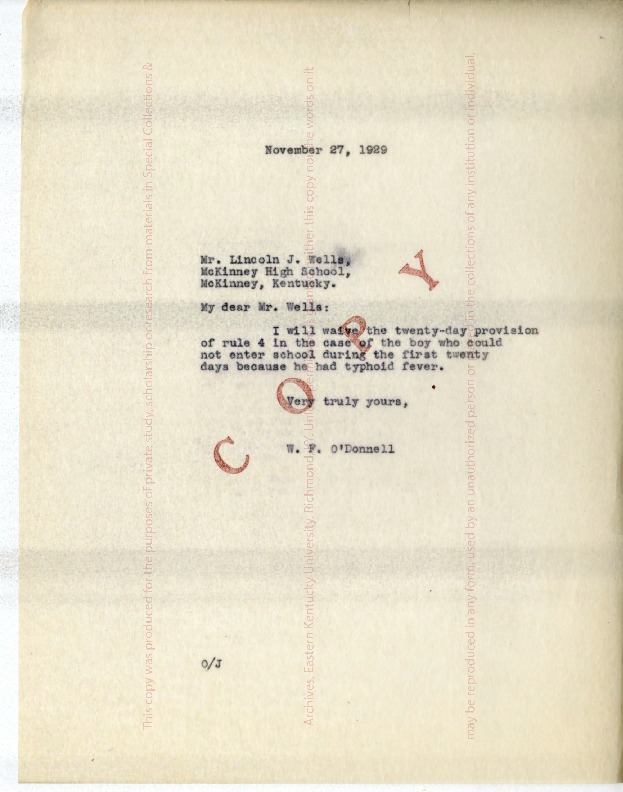 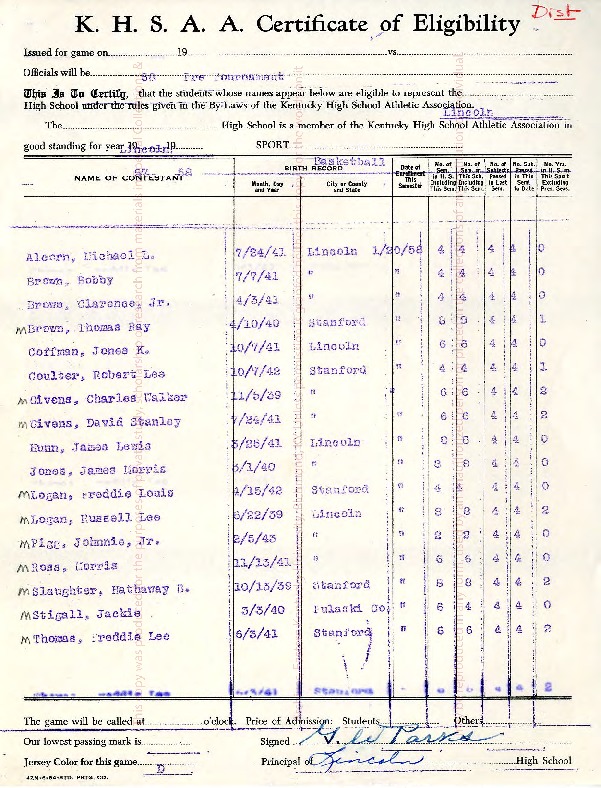 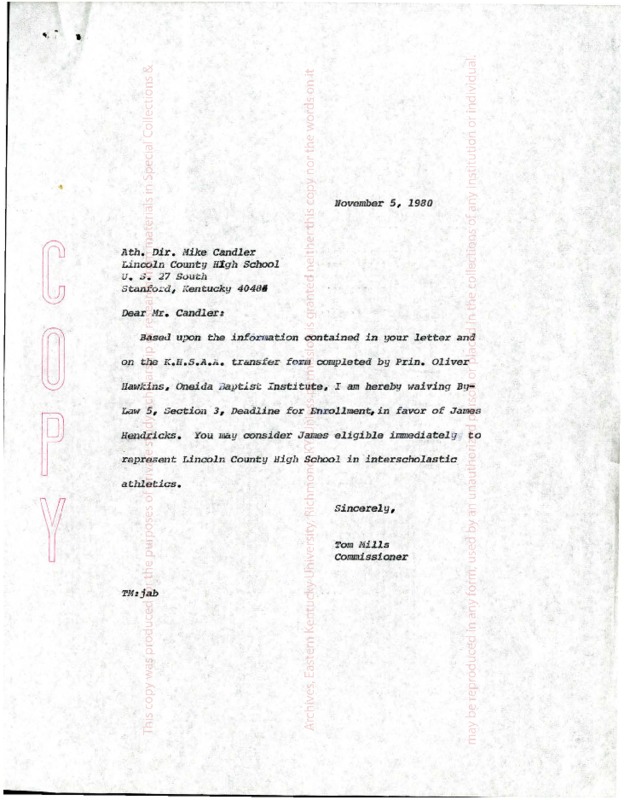 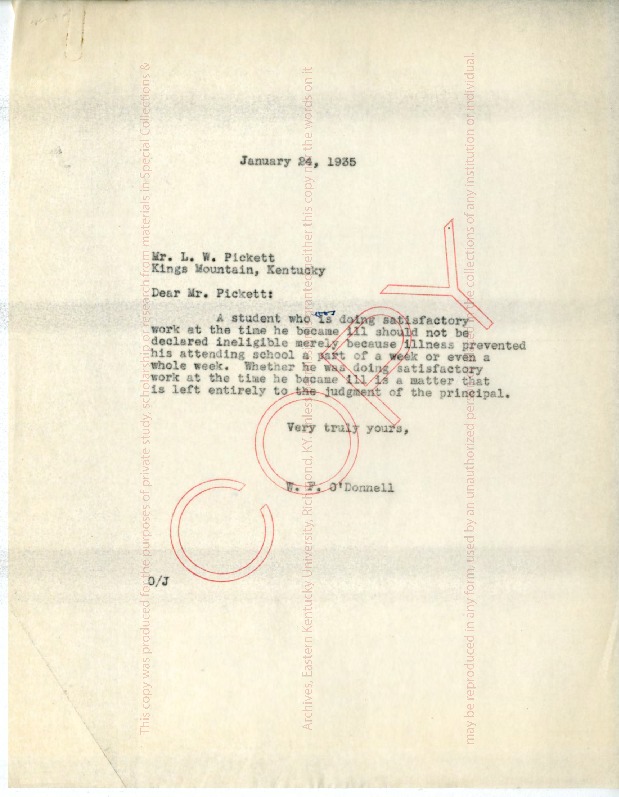 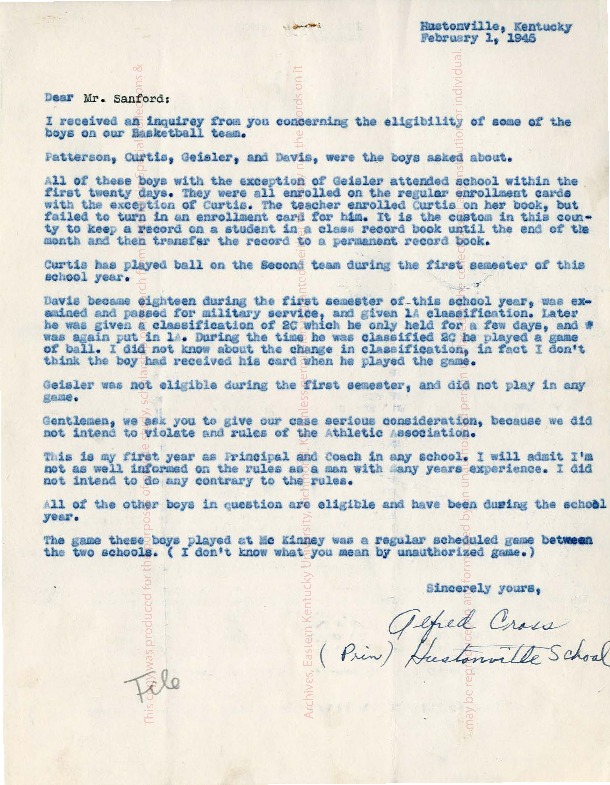 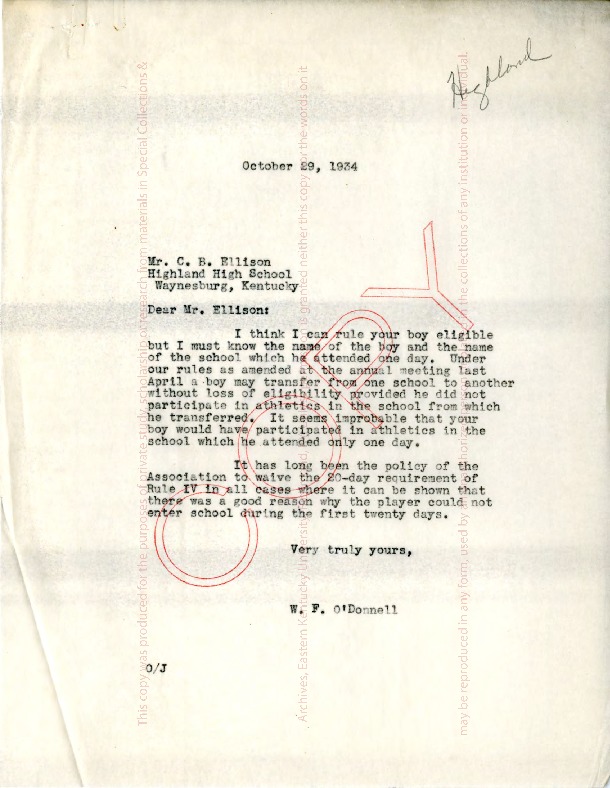 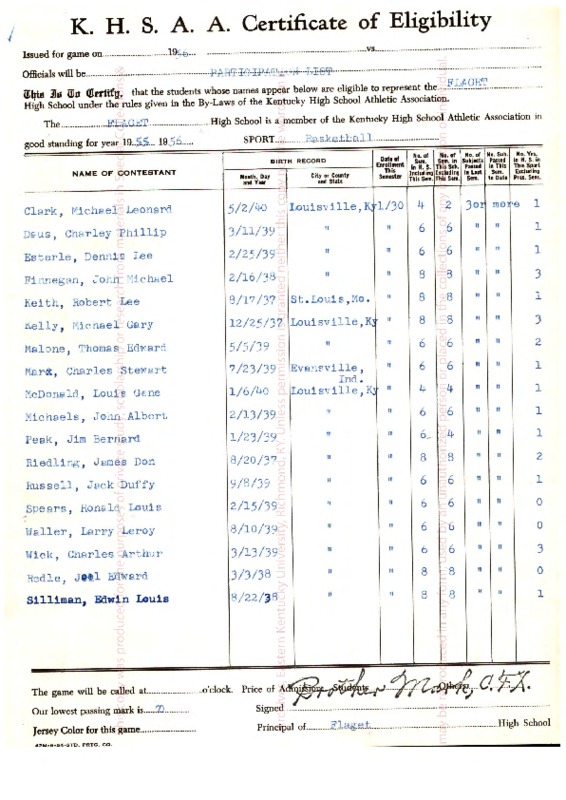 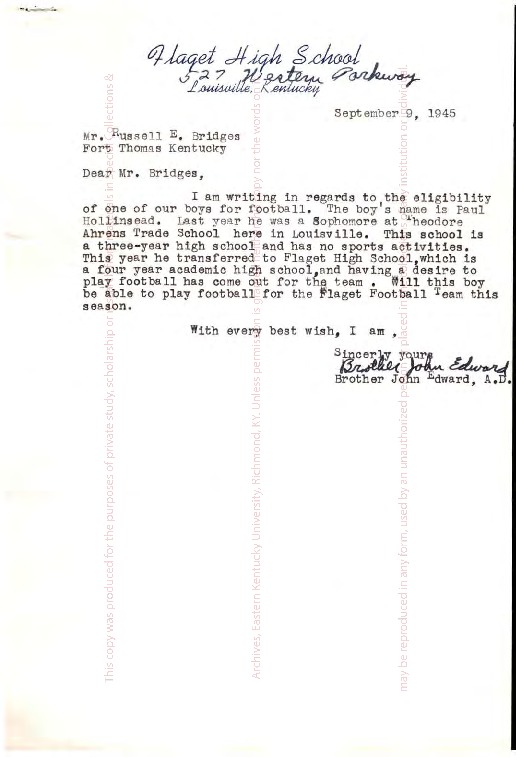 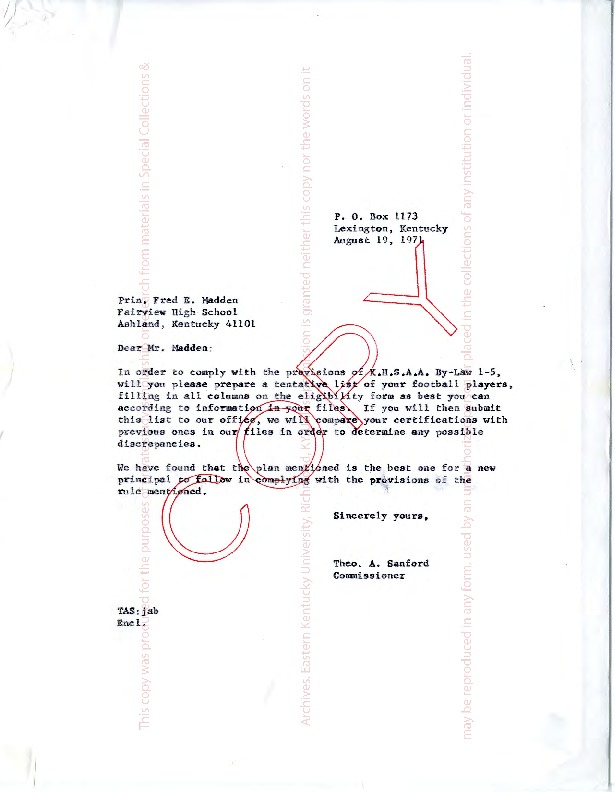 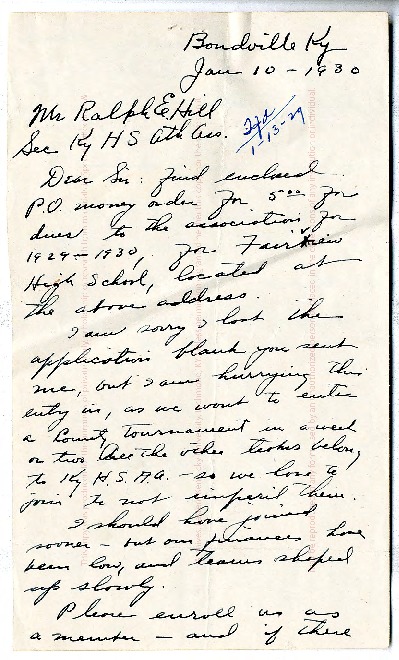 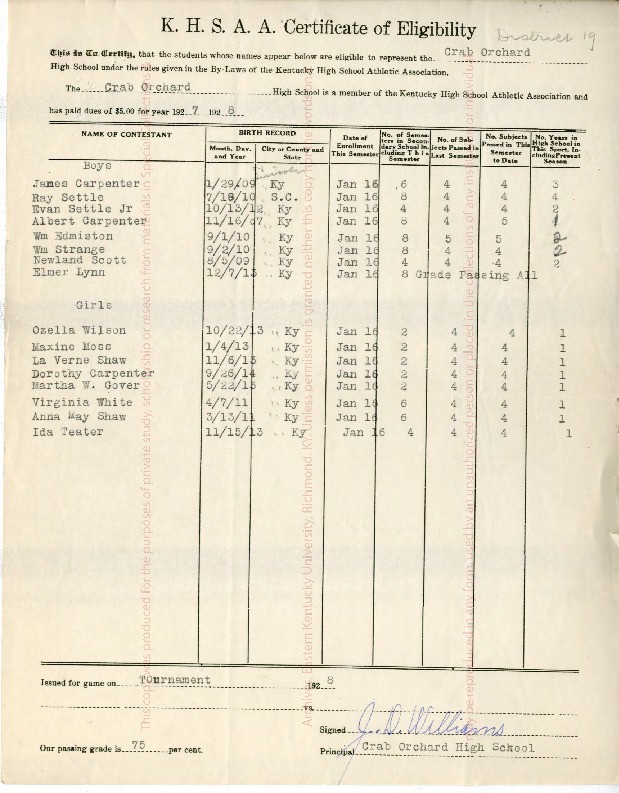 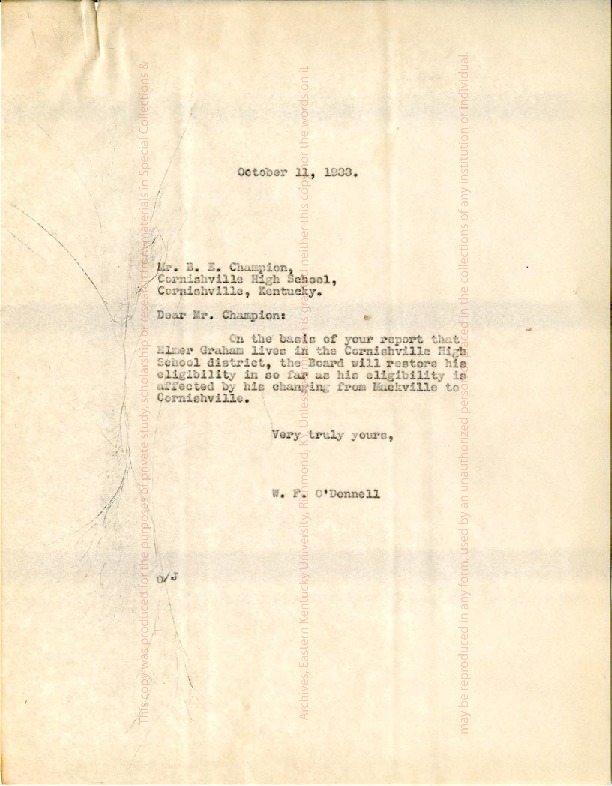 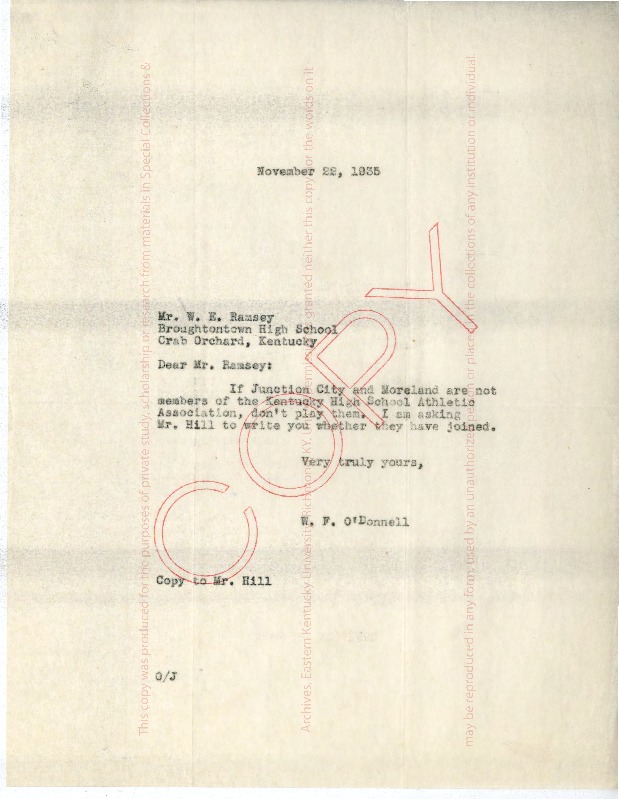