The official and personal papers of Eastern's fifth president, William O'Donnell, comprise 182 boxes of materials covering the years 1909 -1964. The bulk of the collection is organized into the Subject Series (Boxes 26-182) and gives insights into the daily workings of a school moving from the troubled times of World War II into the transitional period the 1950's. Included are subjects as various as correspondence with faculty and staff by both the President and the Dean, enrollment figures, dealings with the Army during World War II and the Extension Division. The smaller General Series (Boxes 1-25) contains a great deal of material which overlaps and connects with the Subject Series. Therefore, the two Series should be cross-referenced by users. 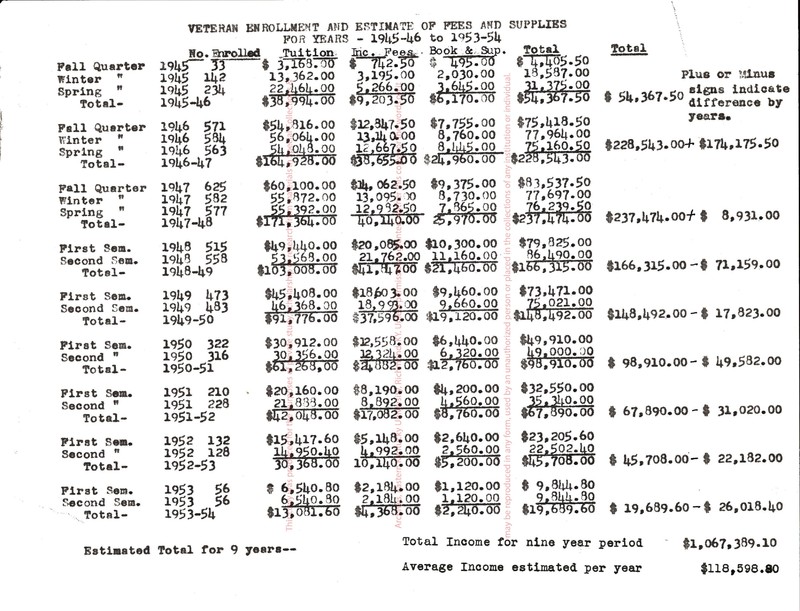 Veterans - Enrollment and Estimate of Fees and Supplies 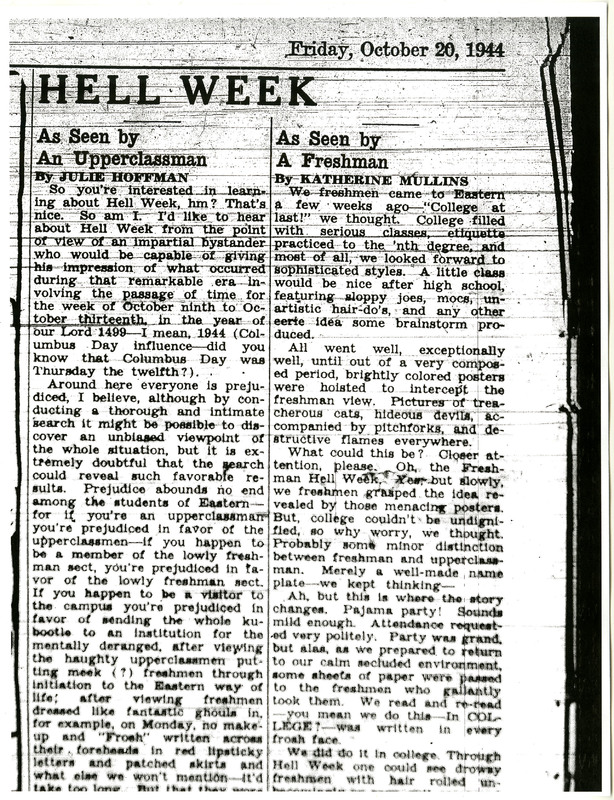 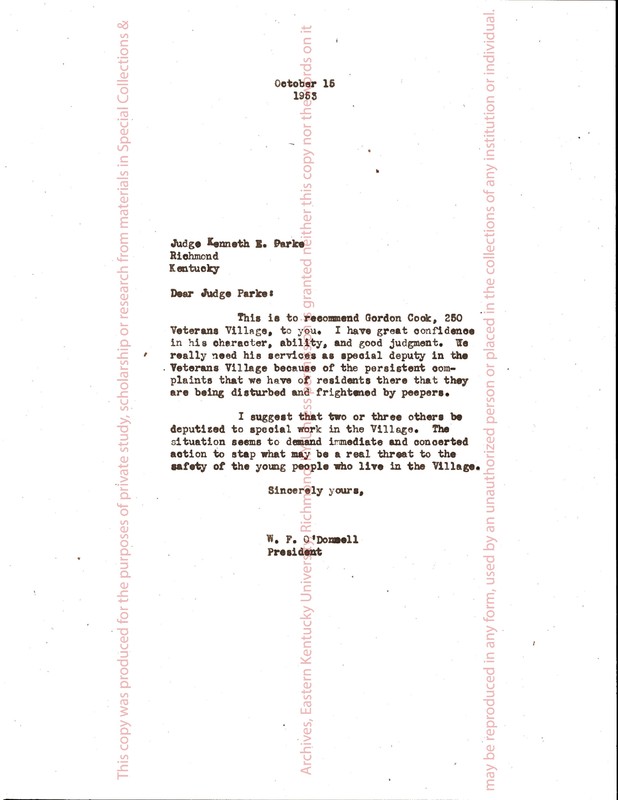 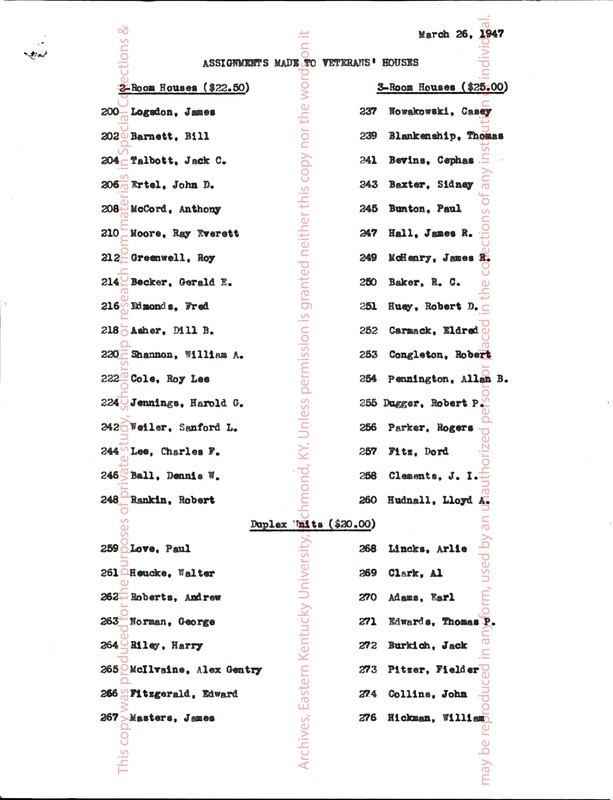 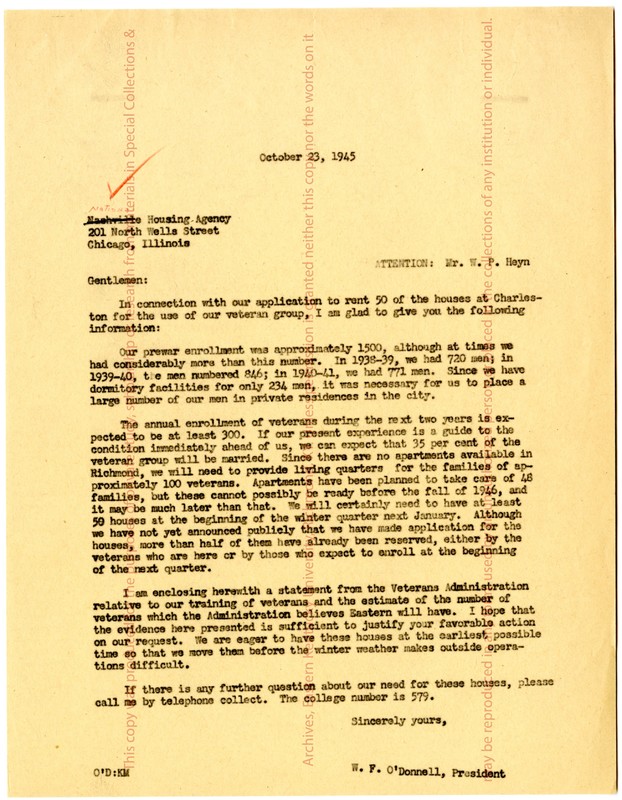 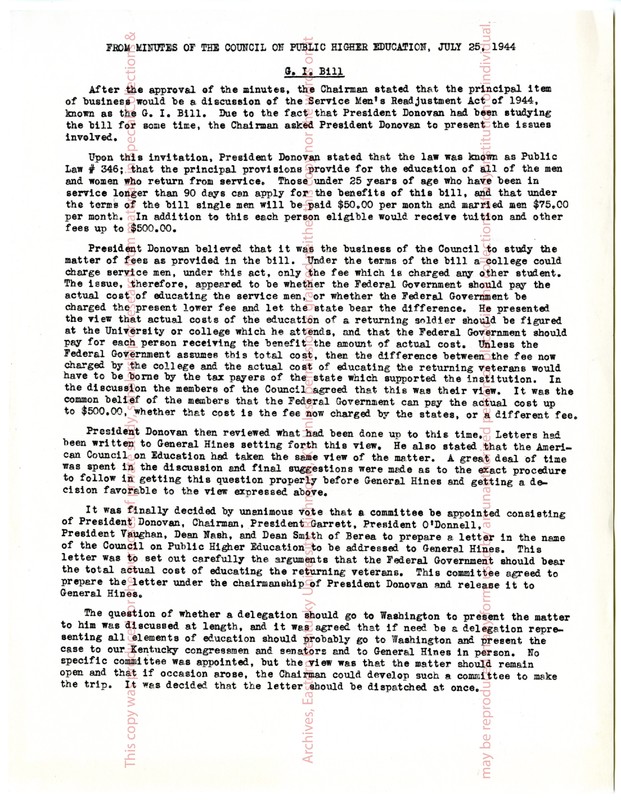 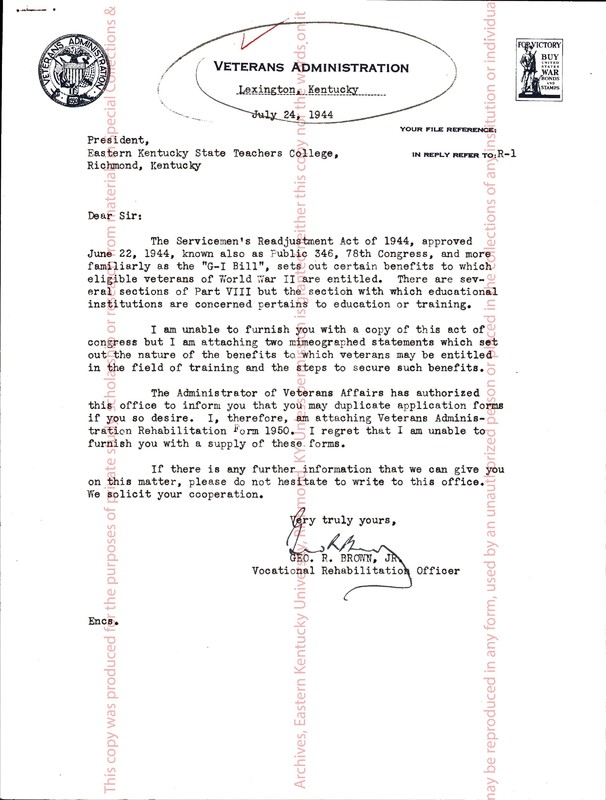 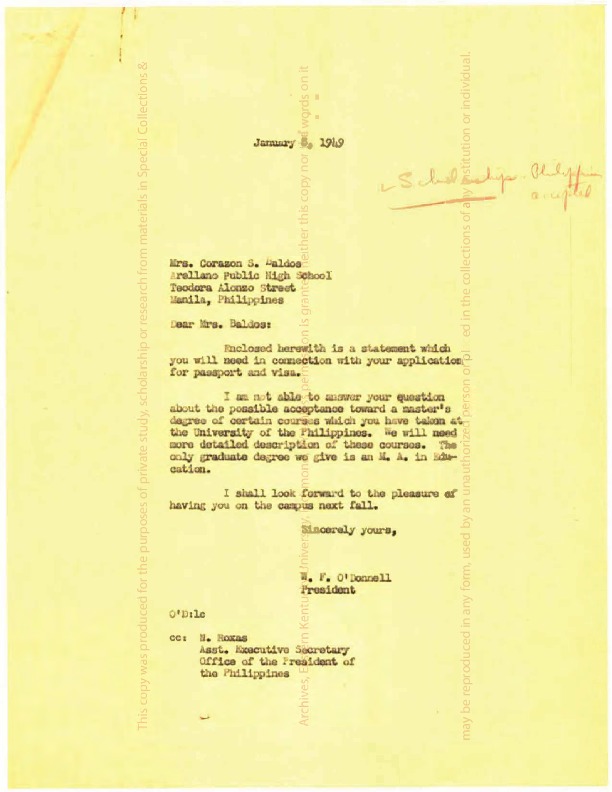 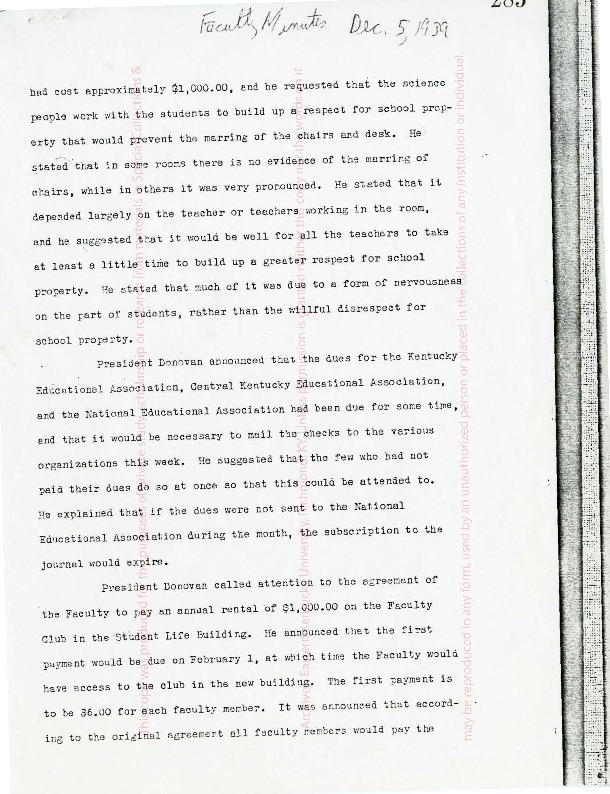 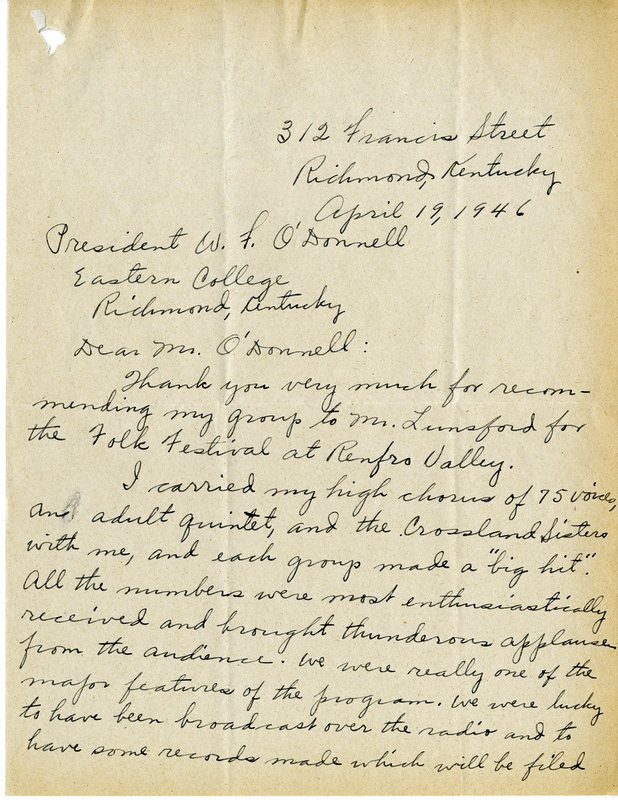