Clarence E. Woods was born in 1865 in Marion County, Kentucky. He attended Central University and served as the owner and/or editor of newspapers in Marion County and Richmond, KY. He became mayor of Richmond in 1906 and later moved to Florida where he died in 1940. This collection of materials documents Clarence's activities as mayor and his attempts to advise future mayors on city financial matters. His brother Archie attended Central University and his letters to his father and sister document that experience. A later series of letters were written to Archie's wife and many express sympathy at her husband's death.

Miss Lucy Lackey and children in front of church

A living room/parlor entering into a dining room 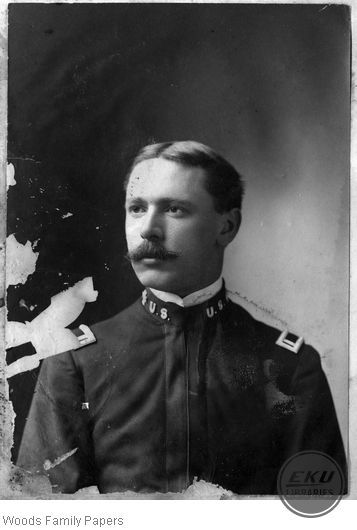