Leslie Anderson kept many documents relating to his time as a student at Eastern Kentucky State Normal School and his early teaching career. He has photographs from these times that cannot be found anywhere else. These, along with his compositions and the scrapbooks he compiled, paint a vivid picture of what it was like to be a student at Eastern and a teacher in Kentucky in the early part of the 20th century. Later documents shed light on the earliest alumni reunions organized by graduates of Eastern Kentucky State Normal School and also offer insight into the later lives of these early graduates. 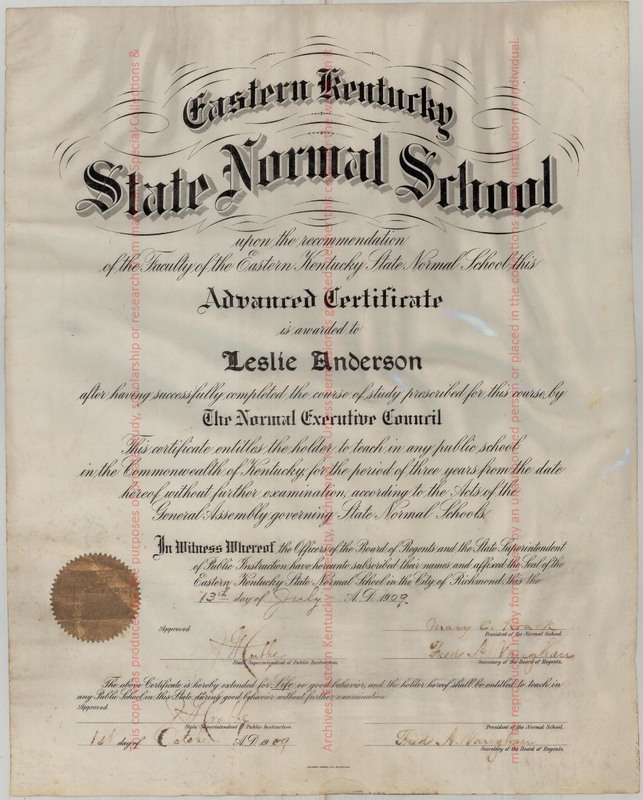 Eastern Delegates to the Y.M.C.A. Convention in Winchester

Fountain Warren and his family 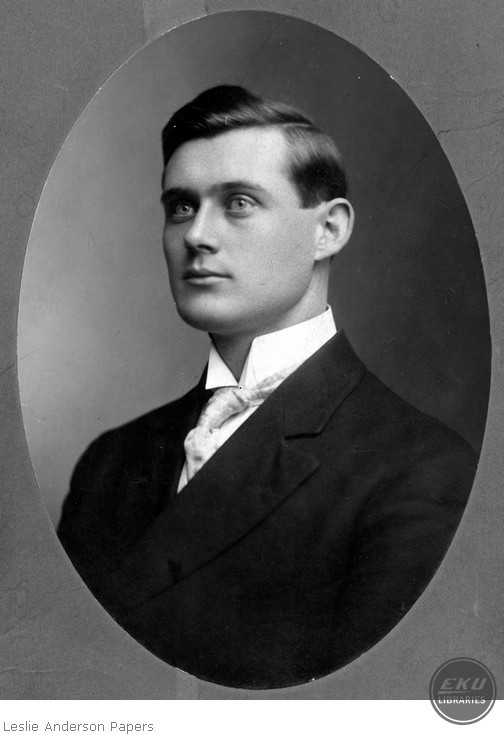 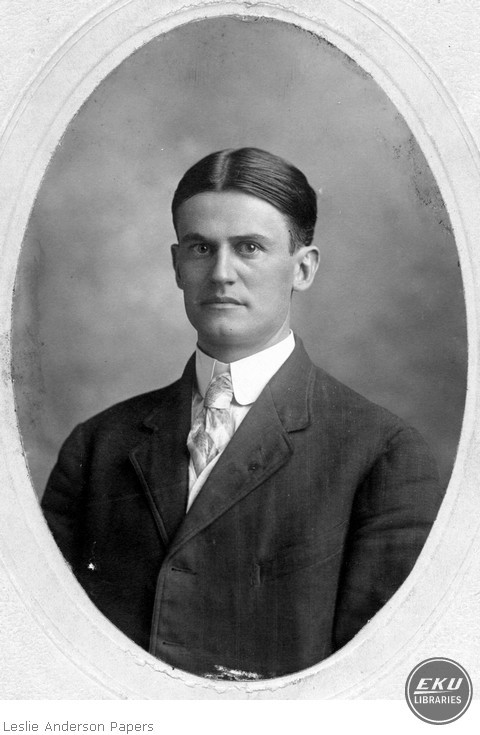 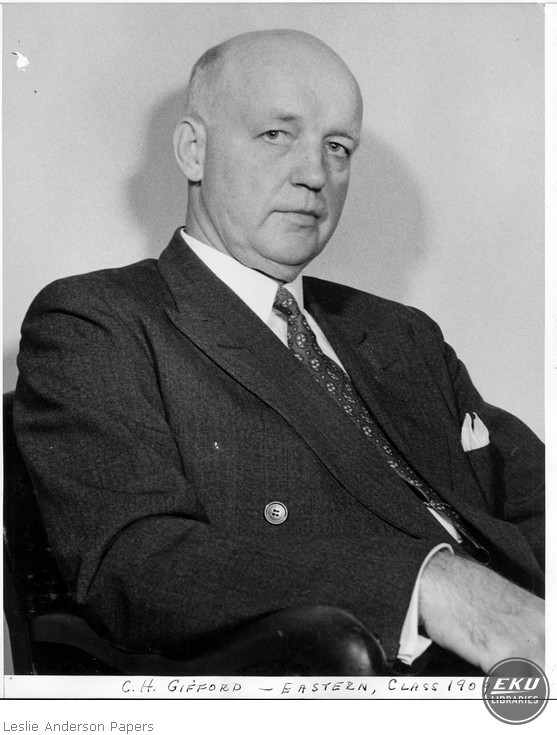 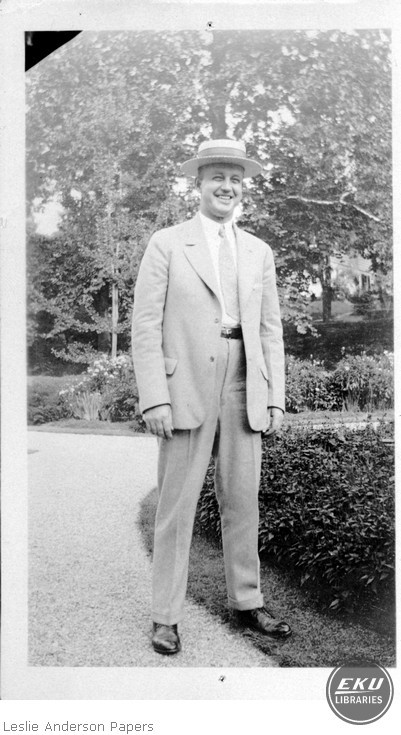 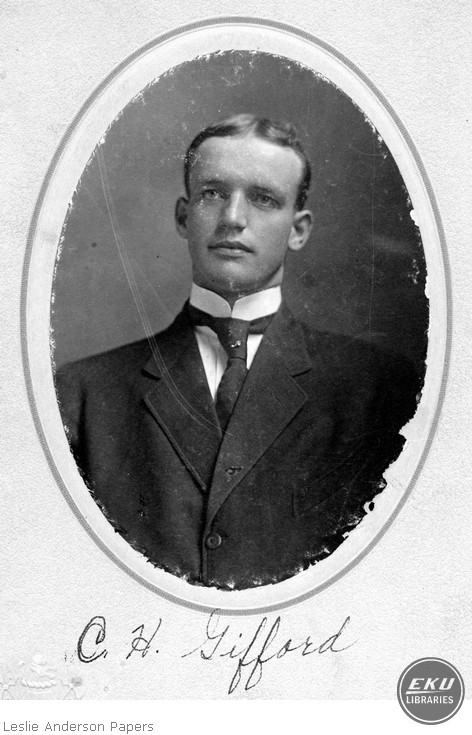 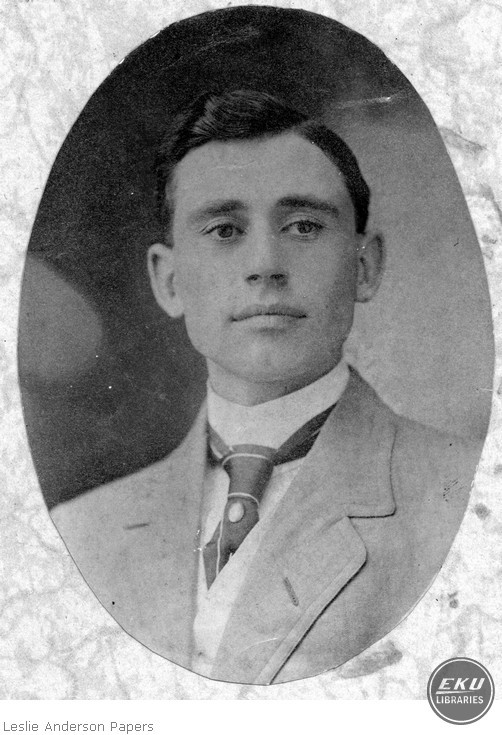 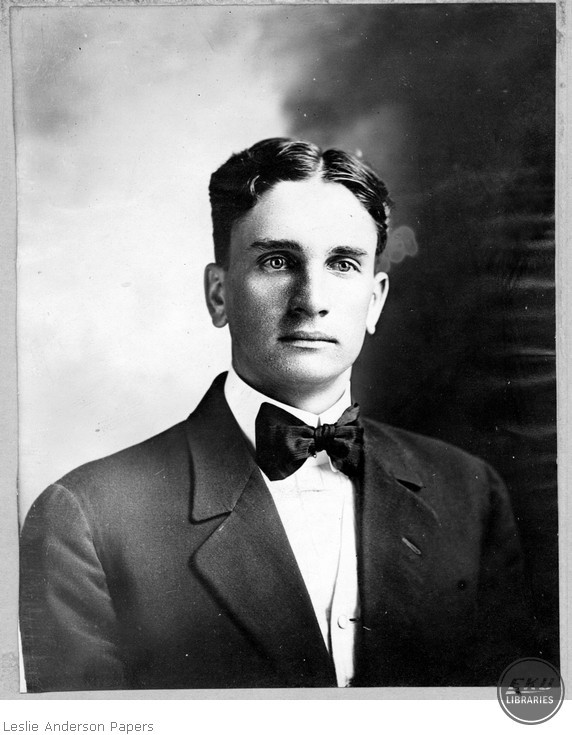 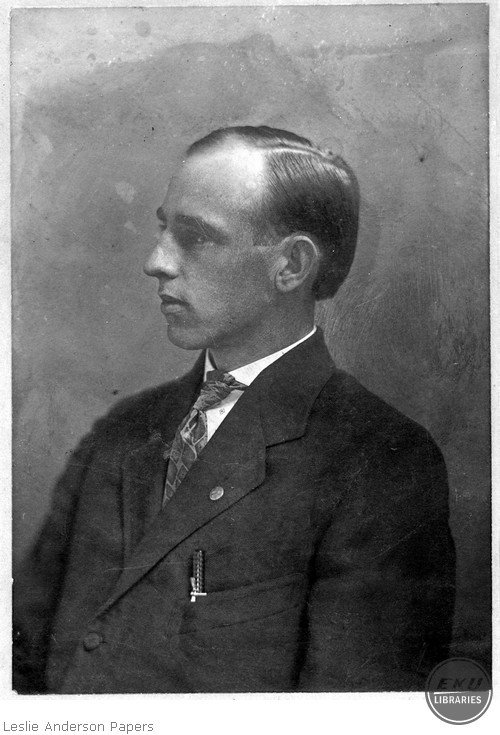 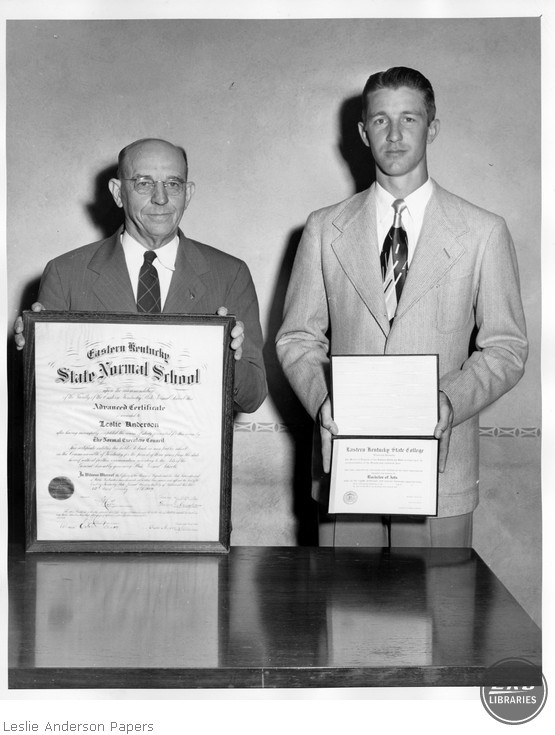 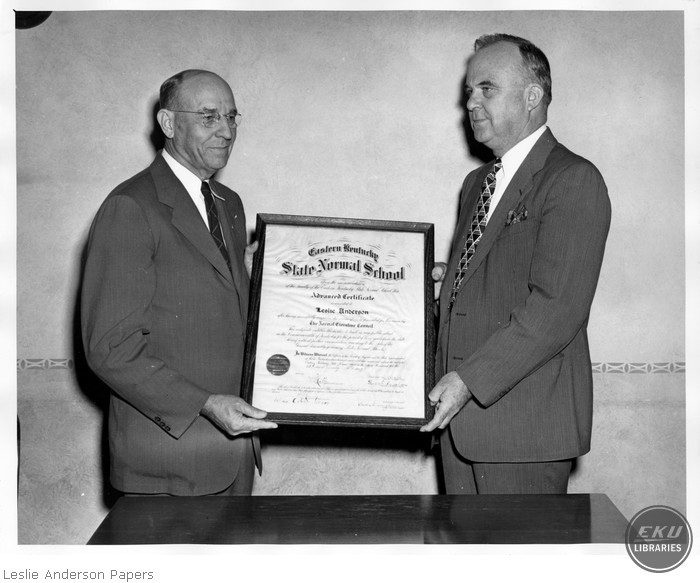 Eastern 1909 Graduation Banquet in the Library

Eastern 1909 graduates behind the University Building