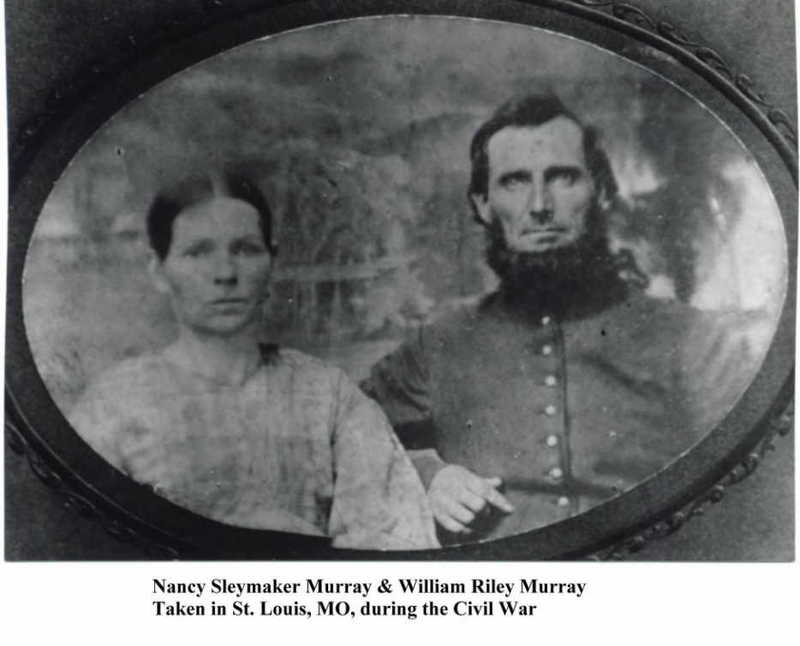 Much like Bargdoll, the information gathered about William Riley Murray begins with his headstone. Buried in Eldorado, Illinois, Murray is interred with many members of his family in what is known as Murray Cemetery - located on Murray Hill Road. These designations indicated that Murray and his family would have been early settlers of this area.

While still in North Carolina, Murray is evidenced to have met his future wife, Nancy Ann Slaymaker.[4] Whether they definitively met and moved west together is subject to criticism, as this is based solely on their birth places and the unlikelihood that they would have both left the same area and arrived in the same area jointly without having known one another. In any case, they married in Saline County, Illinois, on 16 March 1852.[5] They would have their first son, James Riley, almost exactly one year later on 5 March 1853.[4]

With all of that said, Murray's journey to California was one of evidently little success. This is not unique to him, as Amos Bargdoll reported back to his family of the difficult conditions and little success in securing any form of lucrative wages once he had arrived in California.

Murray appears to have lived a quiet life in Illinois after settling there in Saline County, living out the rest of his days as a farmer, raising his many children, and finally passing away in 1894.[3]