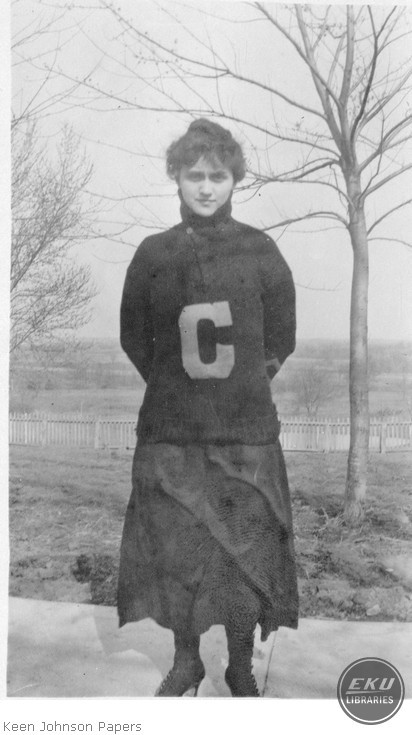 Eunice Lee Nichols was born in Fayette, Missouri in 1917.  Her father, Robert Lee, died when she was just nine months old causing her to grow up very close with her mother, Mary Avery.

Nichols met the future governor of Kentucky, Keen Johnson, in her hometown while he was attending the Central Methodist College in 1914.

Through their early courtship, the couple maintained a long-distance relationship while Johnson completed military training in preparation for World War I.  Meanwhile, Nichols continued to live and work in Missouri as a teacher.

Keen Johnson in his military uniform 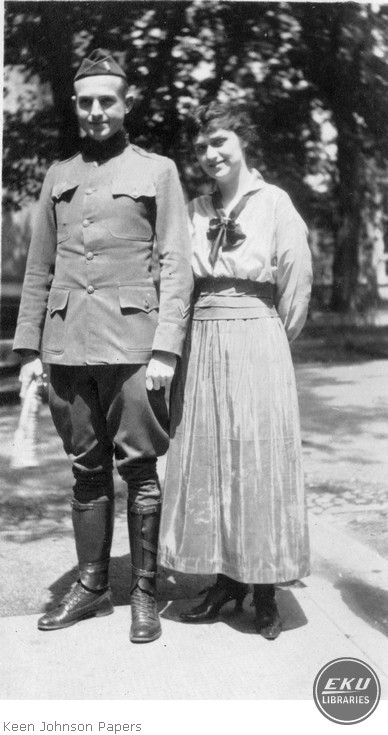 During their courtship, the couple wrote frequent letters to one another and discussed a range of topics including the war, their education, Nichols's career, and their feelings toward one another.  These love letters take up eight archival boxes within the Keen Johnson Collection.