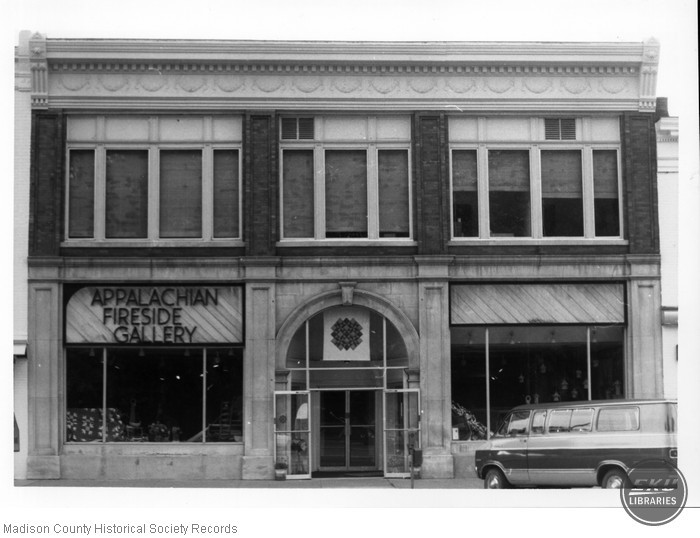 This Classical Revival style commercial building is situated mid-block on Berea’s Main Street. The structure’s facade appears much as it did originally. The arched entranceway, seemingly supported by small-scale pilasters, includes a keystone centered in architrave molding. Four single paneled pilastered, a part of the first-story stone facing, frame each of the three bays. Swags embellish the classical entablature, and a denticulated cornice is supported by modillions at the ends.