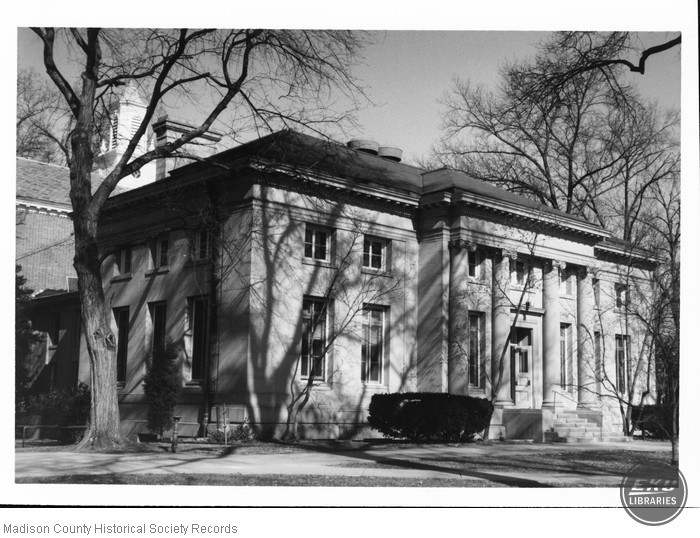 Andrew Carnegie donated the funds for the stone portion of this building in 1905. It was one of the first of many libraries across the nation and state supported by Carnegie. Cady, Bergh, and See, New York City, were the architects for the original Classical Revival style portion which utilized stone from Rockcastle County, Kentucky. The 1935 Colonial Revival style addition was designed by Charles F. Cellarius of Cincinnati, Ohio, who was also architect for the Jessie Preston Draper Memorial Building . The two-story brick structure serves as a classroom building for several academic departments. It is now called the Frost Building in honor of William G. Frost, a native of New York and third president of Berea College (1892-1920).

The stone facade features seven bays with the three central bays occurring within a projecting pavilion. On the pavilion four attached Ionic columns separate three bays. Beneath the hipped roof an entablature with a denticulated cornice encircles the entire building. The interior contains maple floors with an oak finish, the wood supplied by Berea College’s Fay Forest.