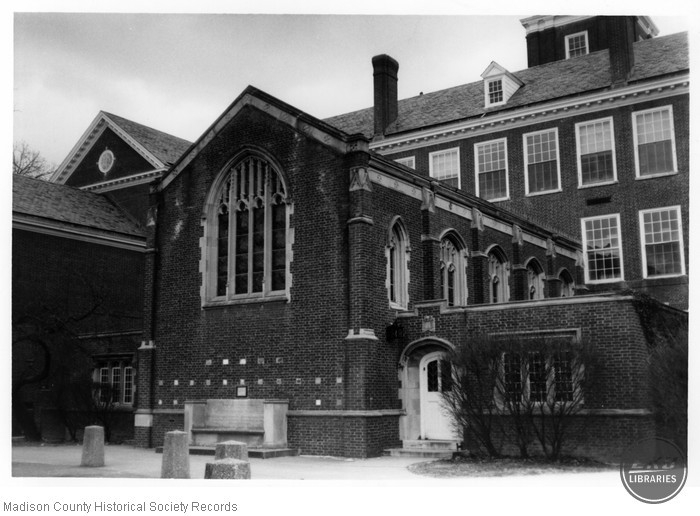 Both the Danforth Chapel and the adjoining Fireside Room were the gift of William H. Danforth, founder of the Ralston Purina Company of St. Louis, Missouri, and a trustee of Berea College . Architects Jamieson and Spearl were also from St. Louis.

Executed in the Victorian Gothic style, the brick chapel is attached to the Jessie Preston Draper Memorial Building (MAB-37). Bascilical in plan with a steep gable roof, the Danforth Chapel contains stained-glass windows designed by the Willet Stained Glass Company of Philadelphia. On the east and west facades five pointed-arch bays of paired lancet windows with stone mullions are separated by brick buttresses that also have stone detailing. On the north facade, or gable end, one flattened pointed-arch bay which encloses four lancet windows with tracery, admits color-filtered light into the altar area. The north, east, and west exterior walls contain fifty-four stones from all over the world, including Istanbul, Greece, Rome, and Oberammergau, the birthplace of Martin Luther.