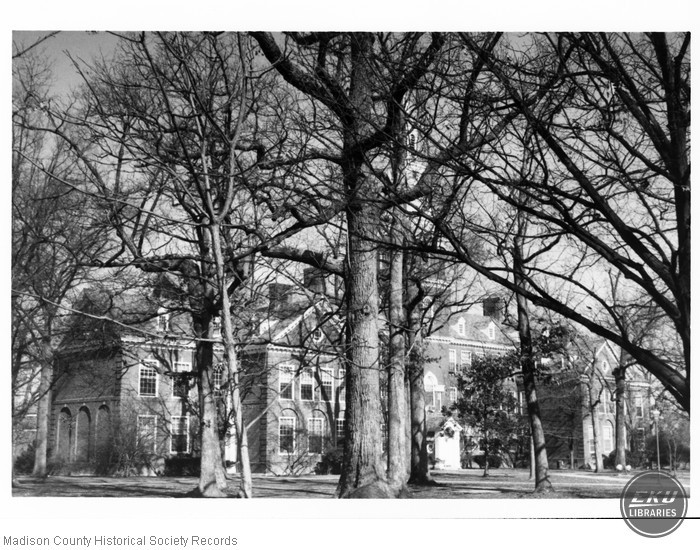 The design of this Colonial Revival style edifice is similar to Independence Hall in Philadelphia. Like that famous structure, the Draper Memorial Building is dominated by 154-foot three-story tower rising from the central projecting bay. A projecting pedimented entranceway consists of a fanlighted doorway flanked by pilasters; over this entranceway is a large Palladian window. Two-story wings flanking the main block include pedimented pavilion fronts. Circular garret windows are within the denticulated pediments. Segmental pediments appear over the doors. Brick quoins at all the corners, as well as a low brick watertable, enclose the structure.

Architect Charles F. Cellarius, Cincinnati, Ohio, designed this building after he had completed designs for an addition to the Frost Building, also in the Colonial Revival style. The Draper Building was constructed in 1937-1938 with a sizable portion of the approximate $400,000 cost donated y Helen Draper Ayer. It was dedicated as a memorial to her mother, Jessie P. Draper of Lexington, Kentucky. The Danforth Chapel and the Fireside Room are incorporated into the Draper Building.