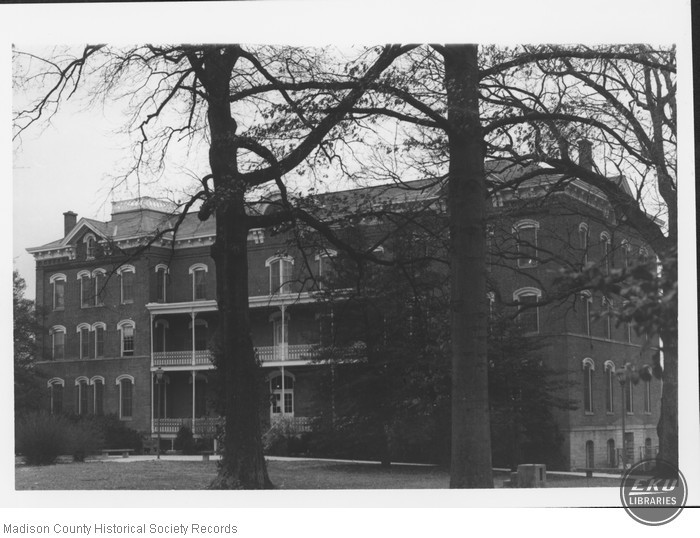 The first brick building on campus, Fairchild Hall was known as Ladies’ Hall from 1873 until 1937. Named for E. Henry Fairchild (1815-1889), the first president of Berea College (1869-1889) and an alumnus of Oberlin College in Ohio, this residence hall features essentially the same design as that of Ladies’ Hall at Oberlin. Eclecticism is expressed I the combination of Second Empire and Italianate styles. Architects were Cady, Bergh, and See of New York City.