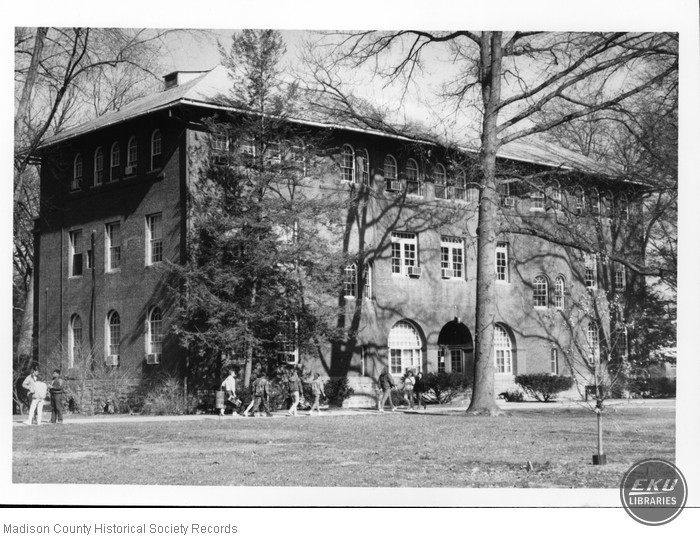 Named for President Abraham Lincoln, this hall symbolizes the college’s identity as one of the first colleges in the South to be established specifically as an integrated institution. For this reason it has been designated a National Historic Landmark. Architects for this three-story brick facility were Babb, Cook and Willard of New York City. It is the second oldest campus building and was constructed at a cost of $32,000, donated by Roswell Smith of Century Company.

The rectangularly massed Lincoln Hall is brick combined with ashlar limestone. The brick was made in the college brickyard and the stone was quarried by students. A hipped roof slopes to wide, overhanging eaves that are upheld by widely-spaced wooden brackets. Arched windows repeat the curved lines of the arcaded entrance where four large piers support three wide arches. The recessed frontispiece is located beneath the central arch. Projecting curved bays on the ends of the front facade extend the full height of the three-story structure.

Lincoln Hall once housed classrooms, offices, a museum, library, meeting rooms, and science laboratories. Today, it contains offices of the Berea College president and other administrative offices. These interior alterations have not changed the basic floor plan, nor has the exterior of the building undergone any visual alterations since its construction.