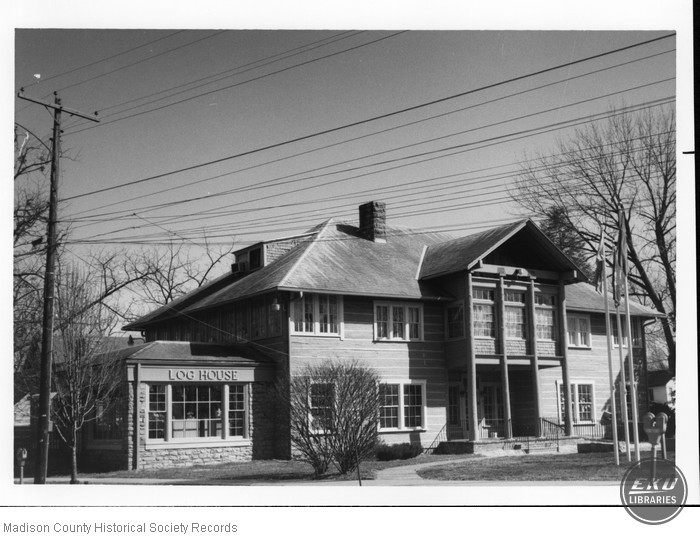 Built as a gift shop with a weaving room and exhibition rooms for the Student Craft Industries, this log structure still serves as a commercial outlet of college handicrafts. The Log House also contains the Wallace Nutting Museum, a collection of fine reproductions of Early American and Colonial style furniture, made and donated by the late Mr. Nutting.

Architects Cady and Gregory, New York City, who were responsible for nearby Talcott and Kentucky Halls (MAB-22 and 23), also designed this two-story exposed-log house with a hipped roof. On the front facade a two-story projecting gabled veranda is supported by four log timbers. The second-story of this central feature has been enclosed by three transomed windows between the vertical timbers. Other windows are single, paired, or triple sash. A stone veneered single-story addition to one side provides for added display and sales space in the interior.

Originally weaving was done on the first and second floors, while the third served as a residence for the director, Mrs. Anna Ernberg.