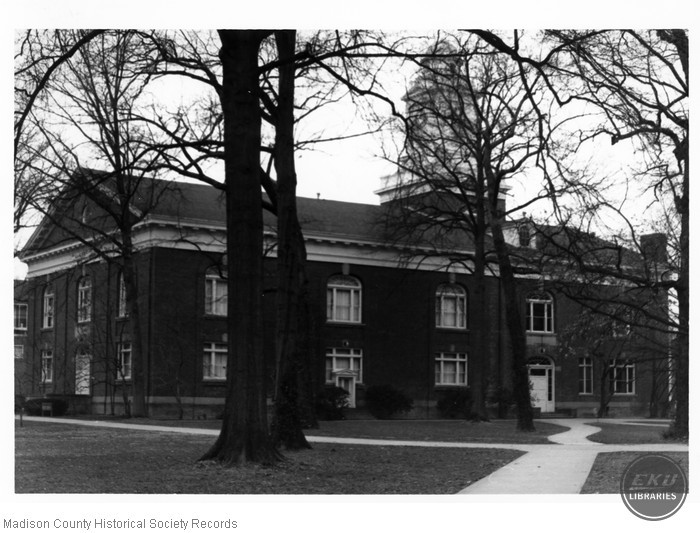 Called a landmark in Berea’s labor history, Phelps Stokes Chapel on the Berea College campus was constructed by students under the supervision of professionals. After a Gothic style frame chapel burned in 1902, Miss Olivia Phelps Stokes offered to finance a new chapel, stipulated that it must be built with student labor. Consequently, students made and laid the bricks in a Flemish bond pattern, quarried the stone, felled trees, and cut the oak paneling for the interior. In 1917 they also built the domed bell tower containing clock faces on all four sides. Miss Phelps Stokes donated in 1927 the chimes that still strike every quarter hour.

Phelps Stokes Chapel contains a large hall, seating 1,600 people, as well as several classrooms. Designed in the Classical Revival style, the chapel’s features include classical pediments with circular garret windows on the gable ends, large dentils beneath the cornice, and an entablature that encircles the building. Brick pilasters separate the three bays on the front and rear facades. On the front facade a central double-leaf entrance with a semicircular fanlight and sidelights comprises one of the bays. The second-story triple windows on the first story are flat-headed with transoms and keystones. A stone watertable defines the base of the building.