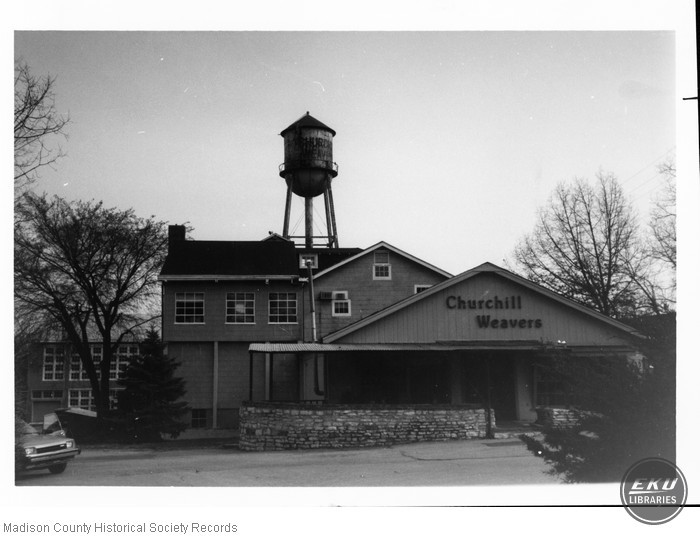 Churchill Weavers was Berea’s first non-college industry. Begun by Carroll and Eleanor Churchill in 1921, it was grown into one of America’s foremost handweaving studios. Mr. Churchill, a talented engineer and foreign missionary of India, invented a new fly-shuttle loom while serving as chairman of the Physics Department at Berea College . In the college carpenter’s shop he built his first handweaving loom, and soon afterwards he established this factory. Hhis industrial plant is noteworthy because it placed hand-weaving on a financially sound, as well as an artistic basis. While Carroll Churchill perfected the looms, Eleanor designed and marketed the products.

Visitors can tour the irregularly-shaped loomhouse to view the hand-weaving process which is precisely controlled by talented craftpersons. The factory house is a two-story frame building with siding and board-and-batten gable ends. Multiple windows allow light to enter the weaving rooms. A laundry is located in the basement which originally had earthen floors.