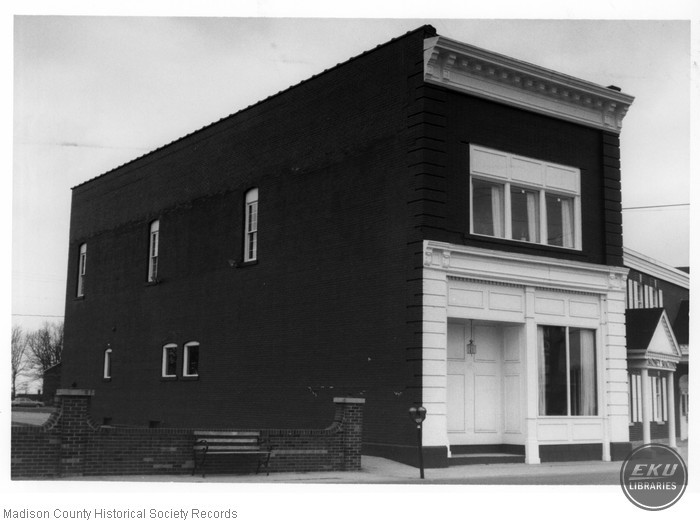 This commercial structure was built by the Berea National Bank to serve as its office. While the windows of the storefront have been replaced, the building retains much of its original ornament. A denticulated cornice spans the uppermost portion of the street facade. Brick quoins are situated by the corners. Fluted pilasters supporting the first story entablature and acanthus leaf medallions are the neo-classical embellishments of the facade. Inside, the original pressed metal ceiling is still intact.