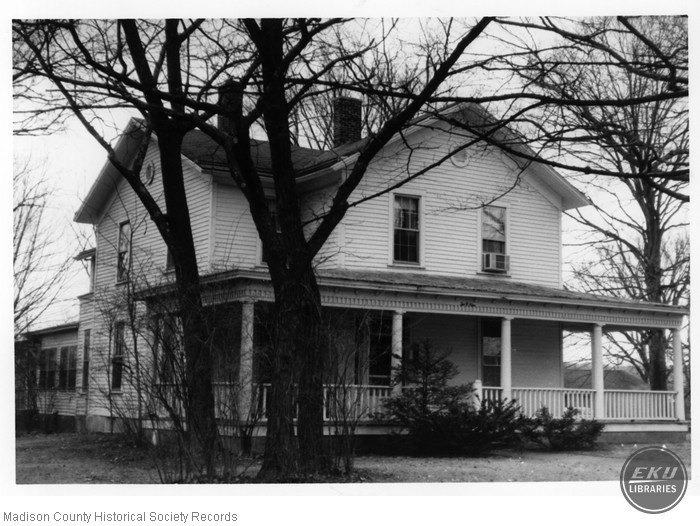 This dwelling is one of the oldest in Berea and one of the most distinctive. Built for the Reverend E. Henry Fairchild (1815-1889), the first president of Berea College , the house was for forty-nine years the residence of John Lewis Gay, mayor of Berea for forty-eight consecutive years. When Mr. Gay purchased the house in 1910, he enlarged the front porch and the south wing to include a large kitchen and dining room on the first floor as well as a large bedroom with a fireplace, a small bedroom, and a bath on the newly-added second floor. This T-plan residence now consists of a three-bay facade with a denticulated wrap-around porch supported by Tuscan columns.