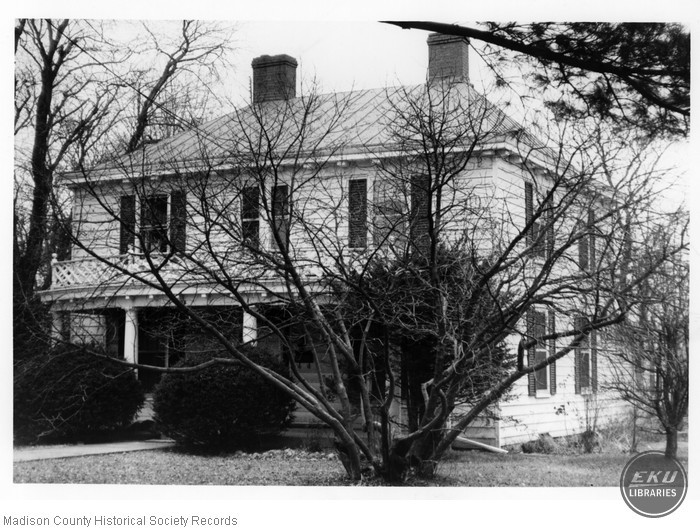 The Hanson House was the residence of Samuel Hanson, landscape gardener for Berea College and a member of the family of John G. Hanson, one of the Berea leaders forced to flee Kentucky in 1859. Also among the first to return, John Hanson owned a sawmill that supplied much of the lumber for the school’s early buildings.

A central entrance, which contains sidelights and transom, forms one of three bays on the street facade and distinguishes this two-story frame residence. A porch, added around 1940, extends across the width of the front and has Tuscan-like columns which frame the central doorway. A latticed balcony adds to the formal effect. A second-story paired window directly above the entrance door reiterates the symmetry which is only interrupted by a bay window on one side facade. Two corbelled-capped interior chimneys, unusual in Madison County architecture, pierce the metal hipped roof. Brackets under the cornice complete the design. The interior features curved walls in the central passage, elegantly-crafted woodwork, and built-in corner cupboards.