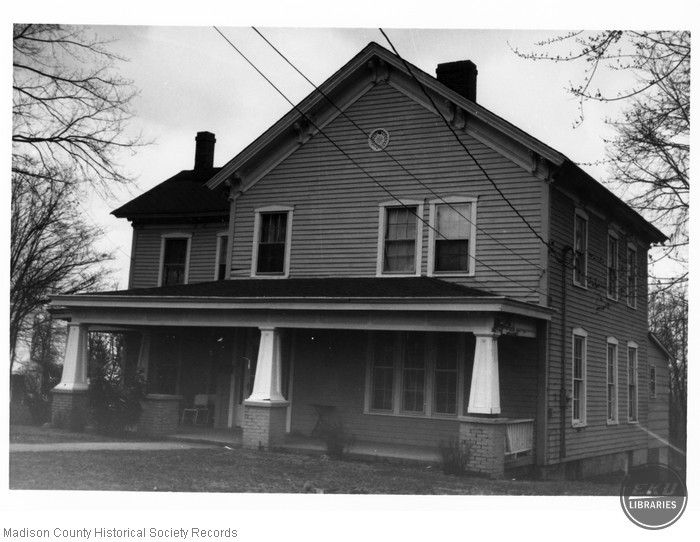 This frame dwelling was at one time the residence of Charles Lester, an 1873 graduate of Berea College who served also as one its trustees from 1878 to 1896. The two-story T-plan residence contains clapboard siding, paired scrolled brackets, and a molded frieze board under the eaves of the gable roof. A one-story porch with its own paneled frieze and tapered paneled posts on brick pedestals provides access to the main entrance. Sidelights and a transom emphasize the doorway, one of four bays on the front facade. The first-story sash windows are longer than those on the second story; also, the windows are capped with shallow pedimented lintels.