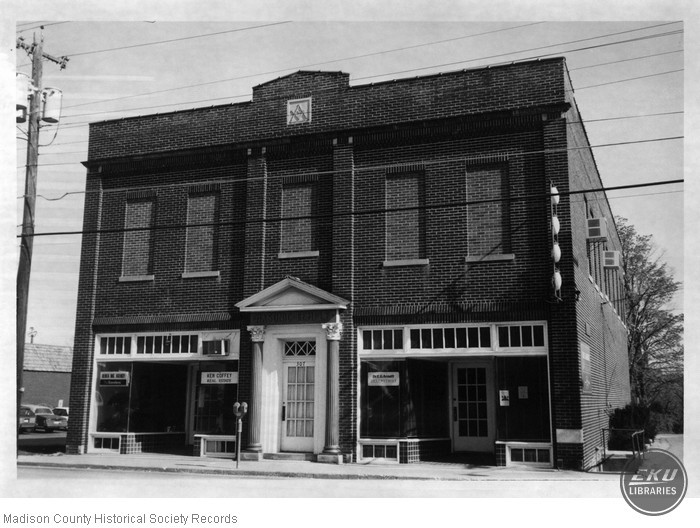 A Classical Revival style entrance identifies this two-story brick building, known as the Masonic Temple. Engaged fluted Corinthian columns support a classical pediment over the transomed central doorway. An embossed metal cornice contributes to the overall formality of the entrance. To the sides of the entrance, glassed storefronts provide access to the first floor shops. On the second floor five original window bays with stone sills have been felled with brickwork, as have the nine bays on the side facades. A brick belt course of vertically laid stretches encircles the building. On the front facade brick pilasters extend from the sides of the entrance’s pediment to a corbelled belt course. A parapet forms a central pointed gable that incorporates a stone plaque, continuing the centrality of the facade.