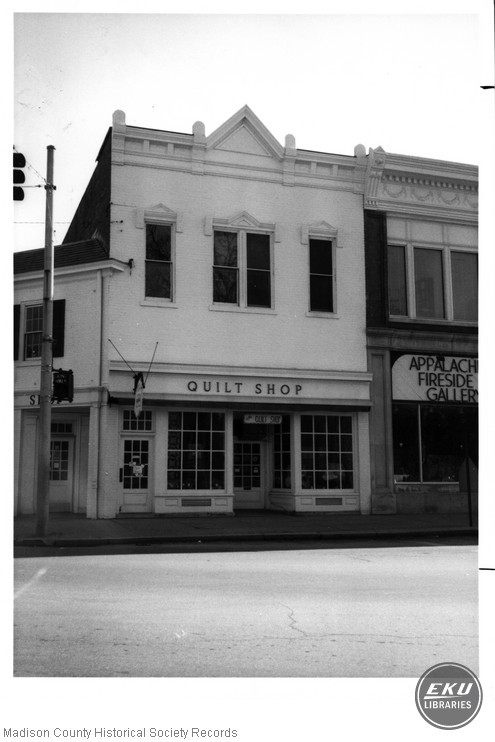 Formerly the Masonic Temple, this brick building is an example of typical commercial architecture during the first quarter of the twentieth century. The three-bay second floor exhibits the building's original brickwork. The slightly overhanging eaves at the roofline are upheld by small brackets within a deeply molded cornice. In the topmost center of the facade the cornice molding angles upward to form a pediment. Directly below the pediment, the cnetral double window is capped by a smaller pedimented hood mold, and the flanking single-sash windows are also finished with even smaller pediments.