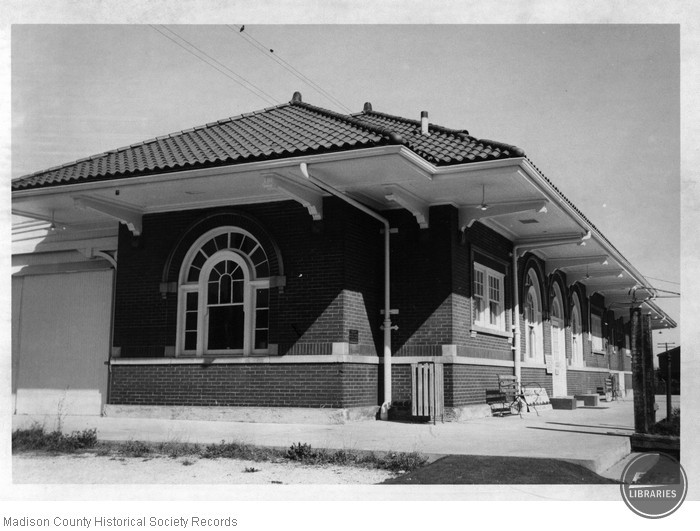 Situated at the bottom of a wide ravine, the Louisville and Nashville Railroad Depot has some of the typical features of the late nineteenth-century small town railway station. Besides the characteristic long, low proportions and bracketed overhangings, it also features brick walls with stone and brick-banded trim around the openings and a stone belt course above the sill level; one of its most prominent features is a red-tiled roof above an overall boxlike form.

The original floor plan included a waiting room accessible via semicircular arched openings; a ladies’ waiting room set back into the front corner; a negro waiting room; an agent’s office that prominently projected onto the platform so as to afford a clear view up and down the tracks; an express room; and baggage and luggage rooms having raised platforms.

Passenger train service at Berea’s L&N Depot was discontinued in 1959, with freight service halting in 1969. It remains significant not only as a good example of the moderate-sized rail stations, but also because its history is integrally related to the development of the town and Berea College. Recently, a local Berea preservation group made possible the rehabilitation of the depot, so that today, the L&N Depot serves as the headquarters of the Berea Tourism Bureau and the Berea Chamber of Commerce.