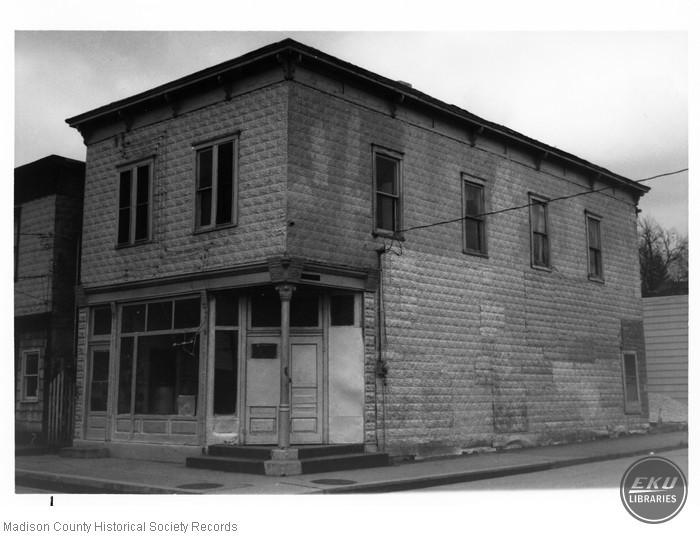 According to a 1922 map, this building originally contained a general merchandise store on the first floor and a dwelling on the second. The two-story frame structure is partially covered by pressed tin in a manner that leaves the complete storefront visible. A roofline cornice having slender scroll brackets wraps around the entire building, whereas a cast iron metal column is set on the corner of the building, supporting a one-story recess to the corner entrance.