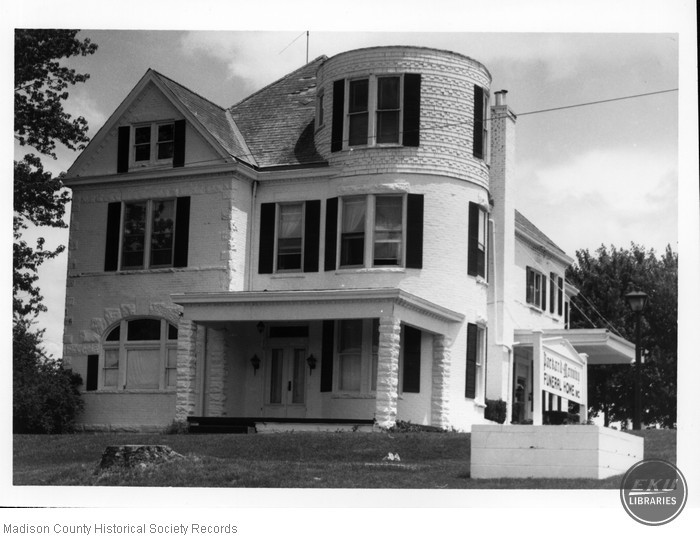 Sam Welch, one of the founders of the Berea National Bank and a prominent businessman, was the first owner of the house. The building features a three-story tower, stone quois, and rusticated stone lintels that are associated with Romanesque-Revival style architecture. The double-leaf doorway and the parlor window contain the original leading glass. The stained glass in the arch of the parlor window was brought from Europe by Me. Welch. The open stairway in the large hallway initially led to second floor bedrooms.

The dwelling was so well protected by its slate roof, that in 1924 the Welch House sustained no damage from a fire that destroyed the rest of the block. Since 1941 it has been used as a funeral home.