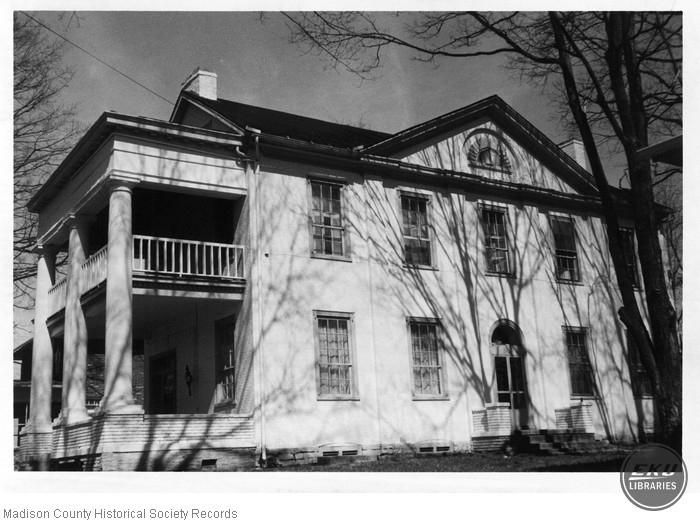 The design of Bronston House is attributed to Matthew Kennedy (d. 1882), architect of two early buildings at Transylvania University in Lexington and the first Lexington builder to refer to himself as an architect. Although the house was constructed in the Federal style, later additions have Classical Revival features. Bronston House was initially owned by Thomas C. Howard, a prosperous merchant and state senator. It was subsequently purchased by Thomas S. Bronston (1817-1890), a Richmond lawyer, bank president, and secretary of state in the 1870s under Governor McCreary. Bronston’s third wife was Henrietta Baker from Abbeville, South Carolina, and the house was called Abbeville during her lifetime.

Although it has changed considerably since the 1830s, Bronston House still reflects the Federal style, especially on the facade that once faced Third Street. An iron veranda added in the 1880s has been removed, allowing the Flemish bond to show once again. Brick pilasters separate the three central bays, each sash windowhaving 9/6 lights and bulls’s eye corner blocks. A semicircular fanlight gives a formal effect effect to the central entrance, as does the pediment high above. A wooden sunburst medallion in the tympanum of the pediment repeats the semicircular shape. An additional door and a two-story porch in the Classical Revival Style have been added to the south side which is now the street facade.