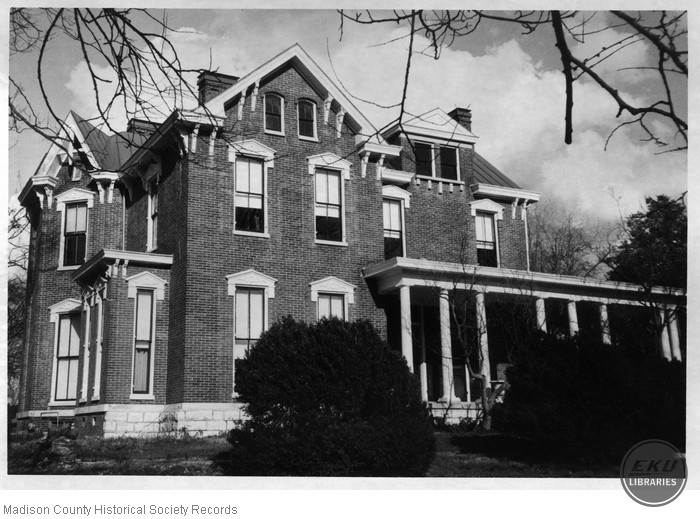 A three-story pyramidal tower tops this brick residence which was built for Anthony Rollins Burnam (1846-1919). A distinguished citizen of Madison County, Burnam was a lawyer, bank president, judge on the Kentucky Court of Appeals, and a state senator. In the latter role he promoted much legislation for the advancement of higher education; consequenly, a residence hall on the campus of Eastern Kentucky State Teacher’s College was named Burnam Hall (MASE-17) in 1921 in honor of the man who was instrumental in locating the school in Richmond.

This two-story brick house represents the Italianate style of architecture. The dwelling is asymmetrical in plan, with Tuscan columns supporting an added one-story porch which wraps around to connect the front doorway and the east side door. A leaded-glass transom and sidelights add to the emphasis of the double-doored front entry. Pointed drip molds cap the stone-silled windows. At the eaves deep white-painted wooden brackets, contrasting with the brickwork, create a series of vertical lines. The tower extends slightly above the multi-gable roof.