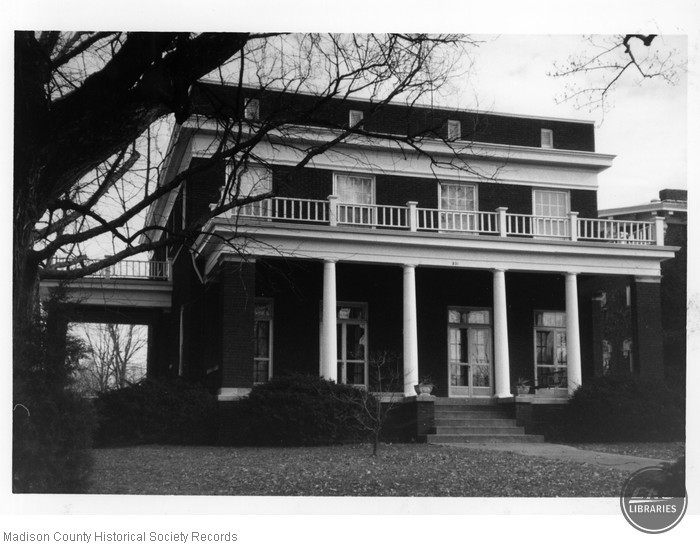 Brutus J. Clay II (1847-1932), fifth son of Cassius M. Clay, had this house built after being married to his second wife, Lalla Marsteller (1860-1942). Brutus Clay was sent by President William McKinley as U.S. commissioner to the 1903 Paris Exposition. He was appointed U.S. ambassador to Switzerland in 1905 by President Theodore Roosevelt.

A deep, dropped entablature and a stone belt encircle the two-story brick structure. The one-story porch across the front is supported by massive brick piers and fluted Doric columns. A balustrade extends above the porch’s cornice, and four sets of transomed double doors are equally spaced beneath the porch. On the west side a “porte cochere,” or carriage entrance, also contains balustrade above a flat roof, similar brick piers, and Doric columns.