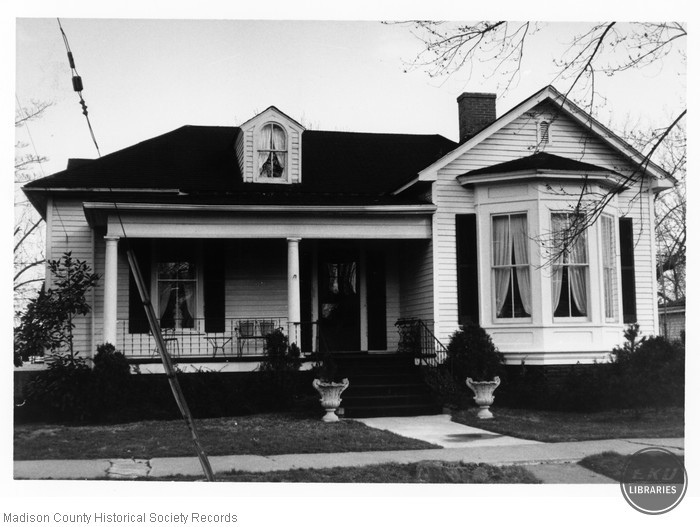 A portion of this house once served as a private boys’ school. Initially a two-story T-plan building, the Taylor House was reduced to one story with the same configuration by Mrs. Buton Faris, the daughter of Colby Taylor (1849-1935). Original features, such as the handsome polygonal bay window on the front facade, remain. To the side of the paneled, projecting bay, a Tuscan-columned porch shelters one window and the entrance doorway. Above the door is an etched-glass transom. Gable dormers with arched windows pierce the hipped roof.