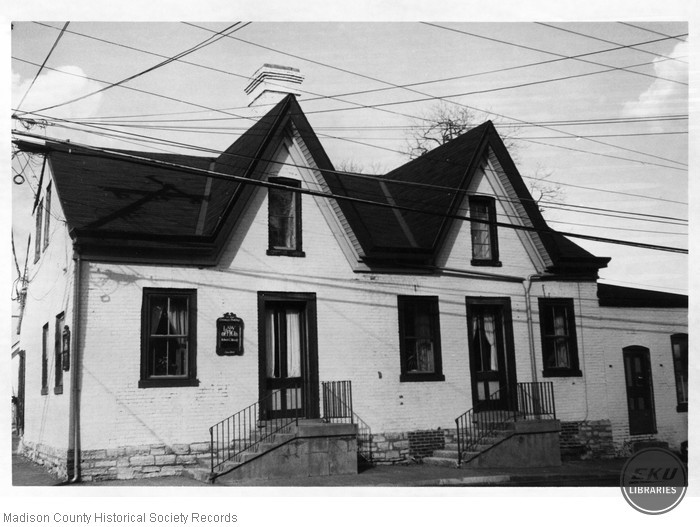 The Creamery is presently used as a law office, although the building once served as Richmond's Post Office. While the building was a creamery, fresh milk was brought in from farms, processed and sold.

Originally a double house, the brick façade contains squared doors and windows under a brick header and stretcher jack arches. The Flemish bond extends upward to the two gables, each gable having the running bond pattern. Both gables were likely added in the mid-nineteenth century in order to update the earliest portion of the dwelling and to increase interior space. The apexes of the steeply pitched gables reach the same height as the roof ridgelines. Each gable culminates in wide overhanging eaves, perhaps once including bargeboards, which would have contrasted with the flat eavesboards on the side façade of the building. The windows within the gables are narrower than those on the first story, each of them topped by shallow, segmental header arches. Resting on a foundation of local stone, the building culminates in a massive corbelled chimney.