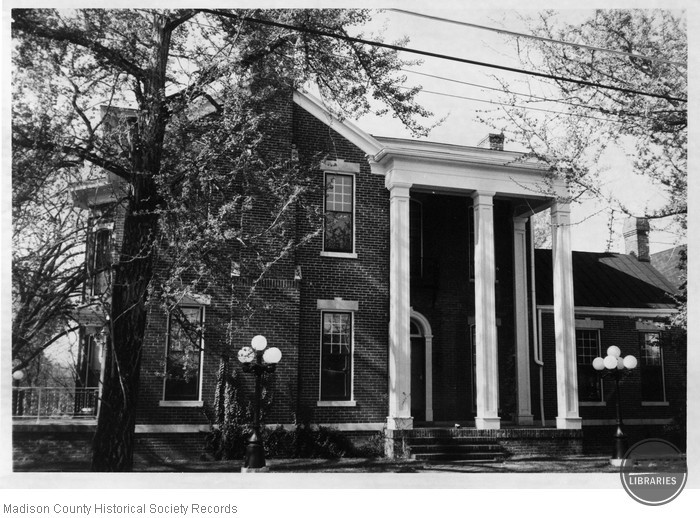 Built for Henry B. Dillingham (1823-1909), a wealthy landowner and bank director, this house was also the residence of William Rodes Shackelford (1869-1936), a Central University graduate and local lawyer. When Central University was consolidated into Centre College of Danville, Shackelford fought to retain the campus grounds for Walters Collegiate Institute. In addition to being active in the state’s educational system, he was also a politician and was elected to four six-year terms as circuit judge in the 25th Judicial District.

This brick house still retains some of its original Italianate details, although a single-story office wing was added during its Shackelford ownership, and a side balcony was added by later owners, Harvey and Field Blanton. The plan is double-pile central-passage. The front facade features arched windows with 1/1 sashes that are contemporary with the earliest portion of the house. A two-story polygonal bay projection on one side also contains similar windows. A low cupola barely projects from the low-pitched hipped roof. Stone sills and keystoned lintels, as well as a stone water table, comprise the exterior detailing of the house.