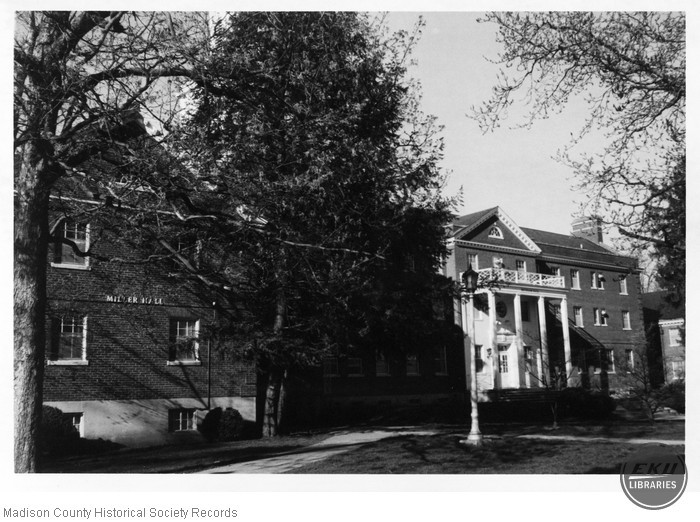 These three connected halls form a U-shaped complex. Designed by the Weber architectural firm as a men’s dormitory complex, they were constructed in 1938 by the Works Progress Administration (WPA). Each hall was named in honor of a political leader who had promoted the establishment of Eastern Kentucky State Normal School at Richmond.

The Classical Revival style, so apparent in other campus buildings designed by Weber, is also evident in these three-story brick residence halls. A two-story portico supported by slender wooden pillars frames the pedimental pavilion front. A latticed balustrade along the edge of the portico’s flat roof repeats the pattern of the entrance railing. A large scrolled pediment above the main entrance is supported by fluted pilasters. A denticulated cornice and brick belt course span the width of the pedimented facade, while quoins at the corners provide a vertical counterbalance. Miller Hall, on the east, contains an elaborate bell tower above an arched passageway.