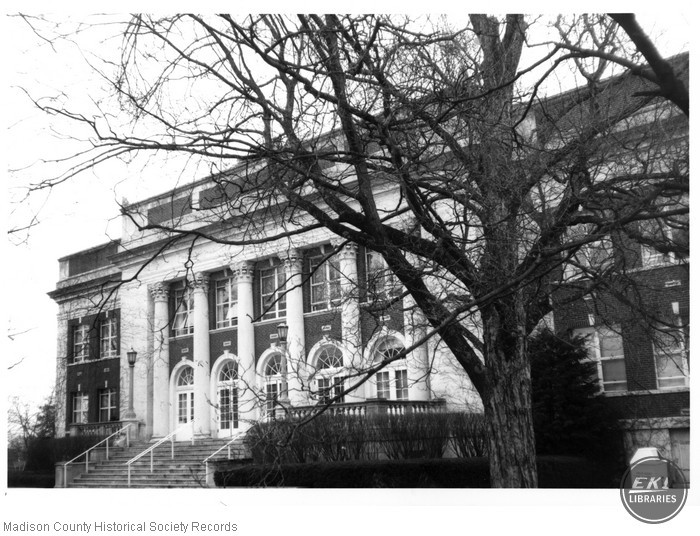 Named in honor of Eastern’s third president, Thomas Jackson Coates (1867-1928) of Pikeville, Kentucky, the Coates Building has always served as the central administration facility. C. C. Weber was the architect of this Classical Revival style building. The Weber brothers’ architectural firm from Covington, Kentucky, designed many of the buildings in the central campus, thus presenting a uniform architectural statement.

At the top of the central staircase, five double-leaf entrance doors with semicircular fanlights alternate with six engaged Corinthian columns. Rising to the top of the second floor, the columns support a classical cornice that surrounds the edifice. A raised basement on an ashlar limestone foundation adds to the monumental quality of this two-and-one-half-story brick and concrete structure.

In 1929 Hiram Brock Auditorium with a seating capacity of 1,850 was annexed. The original style was retained in this addition as well as in a 1964 renovation.