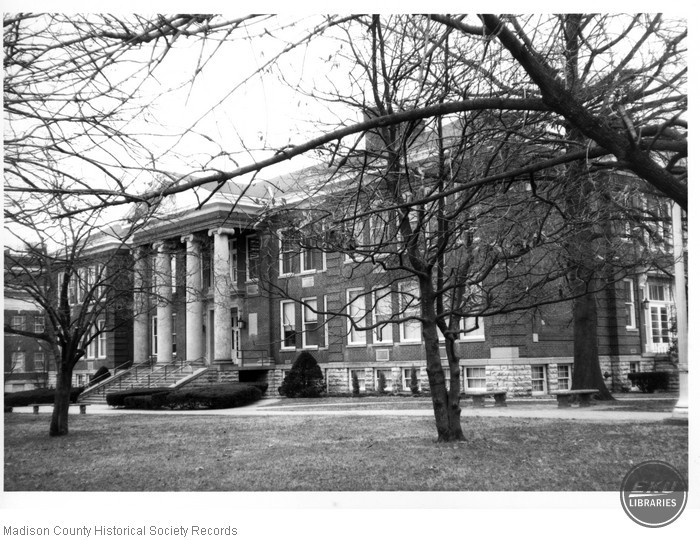 The Roark Building was named for the first president of Eastern State Normal School, Dr. Ruric Nevel Roark (1859-1909), a native of Greenville, Kentucky. Architect C. C. Weber designed this structure in the Classical Revival style which was also used in other campus buildings designed by his firm. Originally housing the model training school at Eastern, it now contains classrooms and offices.

The two-story pedimented portico on the front facade, as well as the brick quoins on the building’s corners, are characteristic of the is early twentieth-century style. Below the portico a broad staircase leads to the main entrance containing transom and sidelights. The two entrances on the side facades are emphasized by three-bay pedimented pavilion fronts. A classical cornice surrounds the low hipped roof. The raised basement exposes an ashlar limestone foundation.