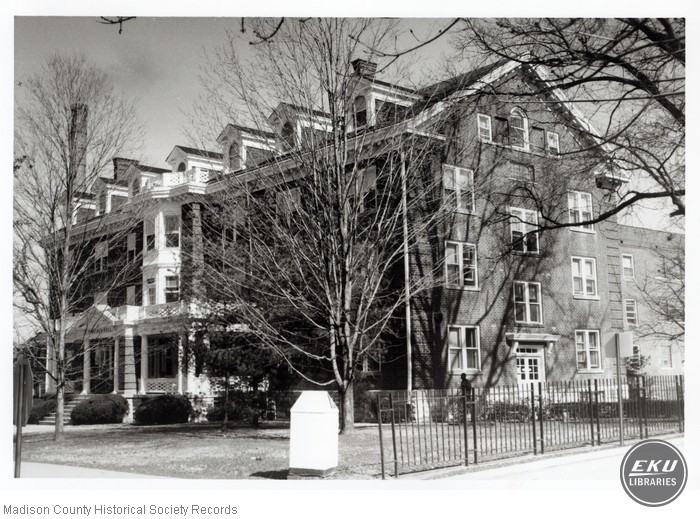 Sullivan Hall was named for Jere A. Sullivan (1862-1931), a Central University graduate and prominent attorney who supported the establishment of normal schools in Kentucky. He was also the first Madison Countian to serve on Eastern’s board of regents. In 1908 after an appropriation of $150,000 was made by the state, the Roark Building , the Power Plant, and the front section of Sullivan Hall were constructed under one contract. C. C. Weber served as architect for Sullivan, which served as a women’s residence hall as well as for the annex that was built in 1912.

A wide, raised one-story porch adds to the symmetrical facade of this three-story Classical Revival style brick building. Above the porch roof, a two-story bay window emphasizes the central pedimented entrance. Seven dormers which pierce the gable roof contain arched windows flanked by pilasters. The denticulated cornice below the roof and the cornices on each of the dormers are returned on the gable ends. Latticework railings are placed along the porch edge, on the porch roof, and over the central bay window.