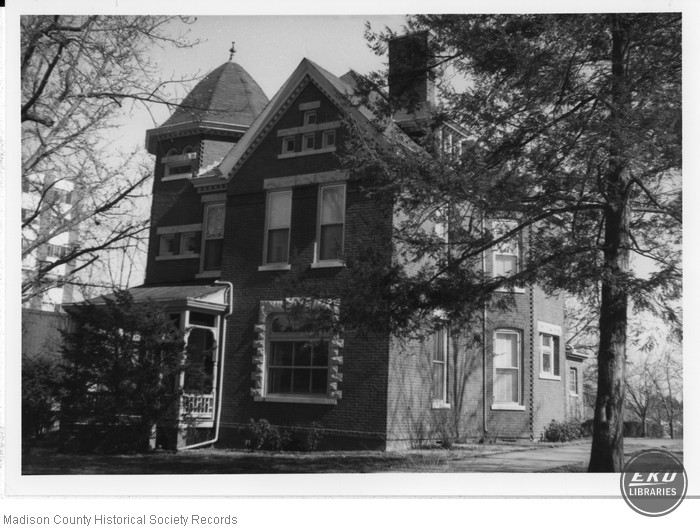 This Queen Anne style house was built for Anne Wallace Walters (1830-1903), widow of Singleton P. Walters, one of the principle benefactors of Central University. After moving to this dwelling from Blair Park, Mrs. Walters lived here on the edge of campus with her sister, Mrs. Mary J. McClintock, for ten years. After Mrs. Walters’ death, one of the members of the Board of Trustees of Walters Collegiate Institute and the the first treasurer of Eastern, R. E. Turley, Sr. (1863-1933), an insurance salesman, bought the house at public auction for $4,000. I 1938 Eastern Kentucky State Teachers College acquired the home and property for $35,000.