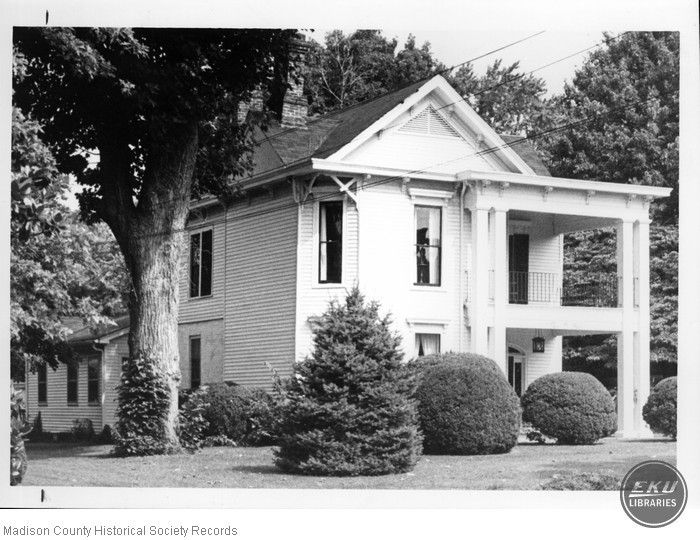 The central portion of this two-story frame house, constructed in the early nineteenth century, was initially a one-bedroom structure. It was used as a law office by J. B. Miller, who once lived next door. Later, the building served as slave quarters, and in the mid-1800s as a private girls’ school. This brick room can still be seen from the south side, which also contains two tall corbelled brick chimneys.

The present house results from additions made during the late nineteenth and early twentieth centuries. The earliest renovation contributed the majority of the framed portions of the house, as well as the Italianate brackets under the eaves and the hood moldings over the long, narrow windows. Gingerbread trim was removed in a 1958 renovation. At that time, four slender piers were installed on the facade to support the double level gallery on the northeast corner. The elegant frontispiece consists of an elliptical fanlight and sidelights on either side of the entrance door.