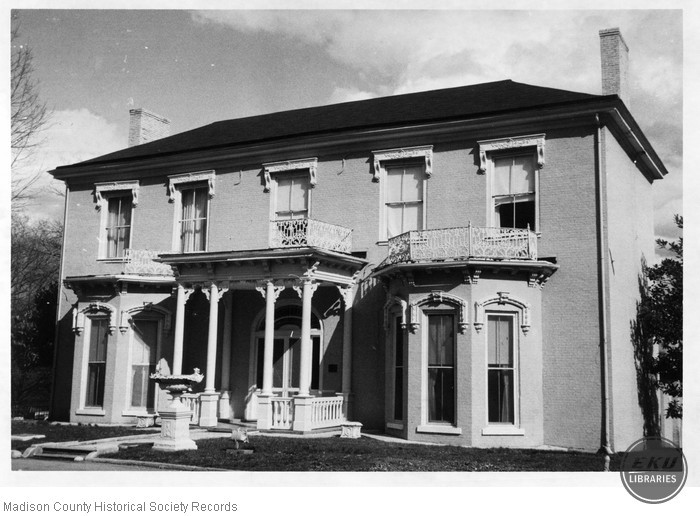 This two-story brick residence was built for Dr. Anthony Wayne Rollins (b. 1783) who came to Richmond from Philadelphia, Pennsylvania. It was sold in 1829 to David Irvine (1796-1872), Madison County’s second court clerk. Irvine presented the property to his daughter, Elizabeth Susan, after her marriage in 1849 to her cousin William McClanahan Irvine. Elizabeth, widowed in 1897, was the granddaughter of both Governor Isaac Shelby, first governor of Kentucky, and the famous pioneer surgeon Dr. Ephraim McDowell of Danville. 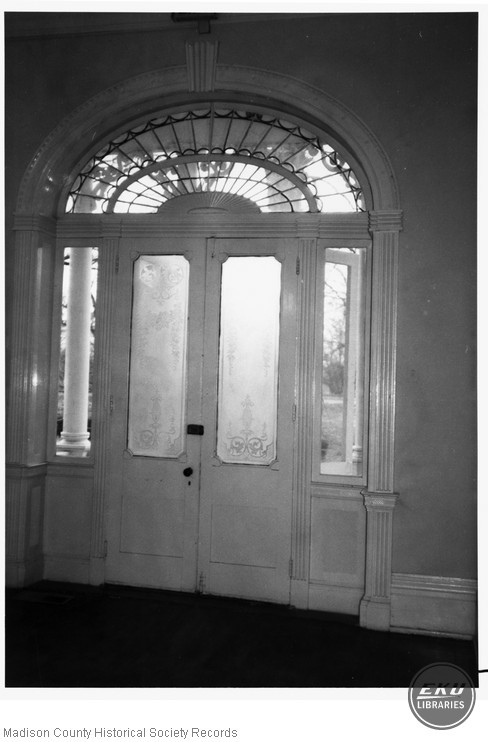 Upon her death in 1918 her will stipulated that her fine antiques, family portraits, and furnishings should remain in the house. She bequeathed the large residence to the Medical Society of Kentucky. For many years Irvinton was one of the two U.S. hospitals for the treatment of tracoma, a severely contagious infection of the eye. After the hospital closed in 1950, Irvinton and its grounds became a city recreation center.

The facade was initially designed in the Federal style. It contained five bays and interior end chimneys projected upward from a low hipped roof. Between 1830 and 1835 Col. Irvine added the two-story ell in the east side. The two bay windows, decorative iron grillwork, entrance porch, and exterior window trimmings are 1870s alterations that reflect the Italianate style. 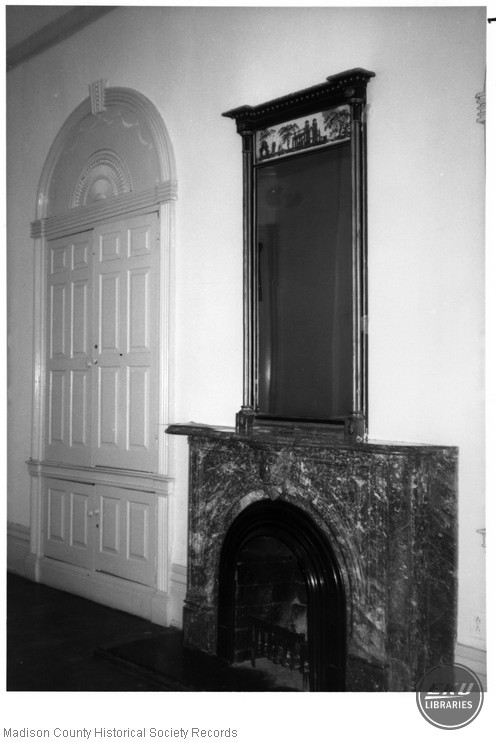 The plan was originally single-pile, central passage. It includes hand-carved woodwork, spacious halls and rooms, bay windows extends to the floor, molded plasterwork on the ceilings, and unusual fireplaces. Federal styling is still apparent in the side and fanlighted doorway of the entrance passage and in the identically executed, hand-carved moldings and facings of the rear archway. The double-leaf doors contain etched glass. The central passage does not include a staircase, rather a curving staircase is located in the back hallway. Carved, ornamental scrolled brackets embellish the stringers of the staircase. Two built-in presses flank the fireplace in the original dining room. Over these, carved fans display the same festooned motif incised into the archway and fanlight surround of the central hall. Italian marble mantels, added during the renovation of the 1870s, are found inside both rooms that flank the central hall.

Various outbuildings exist on the site, some of them exhibiting Gothic Revival ornament. The first greenhouse in Richmond was reportedly located on the Irvinton grounds.