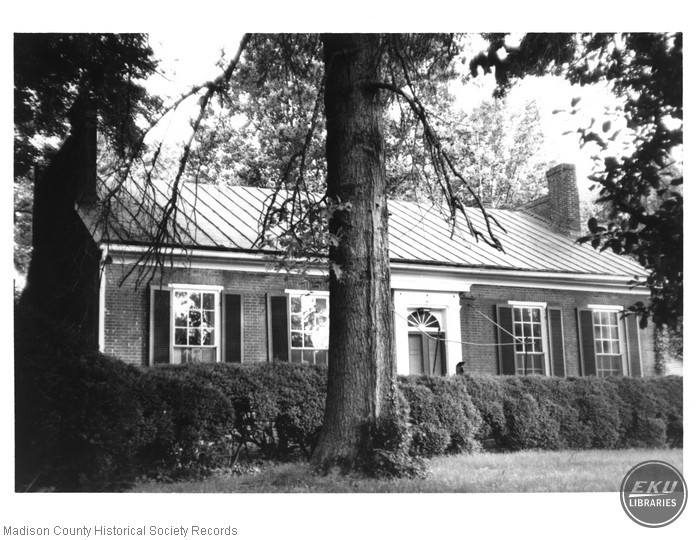 As early as 1818, a house stood on this lot. The original portion, the present ell, was built for Hugh Goddin and was subsequently sold to George Shackelford in exchange for certain lots and $1,500. After Shackelford failed to meet his contact with Goddin, the small house and lot were sold at public auction to Daniel H. Breck (1788-1871). Under his ownershipthe structure was enlarged to its present size.

The brick residence represents the Federal style. The one-story central-passage dwelling is laid in Flemish bond. The central fanlighted doorway is flaked by fluted pilasters that support a classical entablature. Stone steps lead up to the double-leaf paneled doors. Four 9/9 sash windows with jack arches flanked the central entrance. The metal-covered gable roof is framed on each end by joined interior chimneys.

Interior features of the double-pile house include deep baseboards, wide-planked hardwood floors, high ceilings, and large cornice moldings. Long louvered and paneled shutters cover the windows in the two parlors on either side of the 12'x20' central hall.

The kitchen was once separated from the main portion by a dogtrot which is now enclosed. A small brick outbuilding, ornamented with Gothic-style bargeboard, stands nearby. With site, gardens, and outbuilding still intact, the Miller House is an excellent example of a town-located domestic complex from the first half of the nineteenth century.