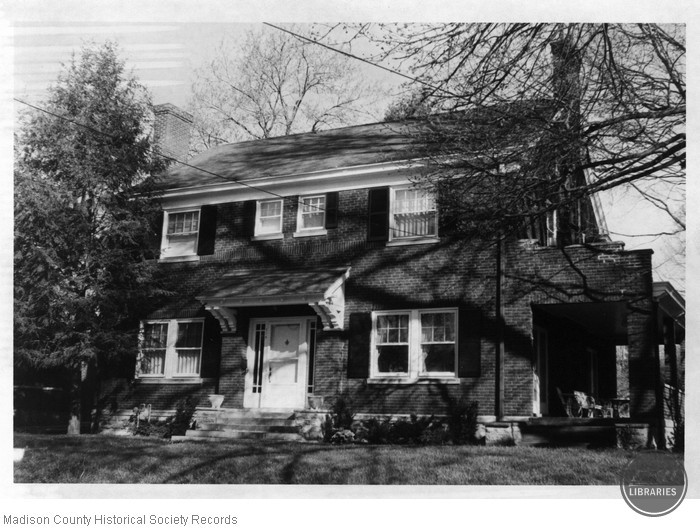 This two-story brick structure was the last residence of Kentucky’s 47th and 48th (1938, 1939-43) governor, Keen Johnson (1896-1970). The first newspaperman to become a Kentucky governor, Keen Johnson was a reporter and editor for several Kentucky newspapers. In addition, he was co-publisher for The Daily Register in Richmond from 1925-38, before entering politics. Even after leaving politics, he occasionally wrote editorials for The Richmond Register under the initials K. J. At one time he was an executive with Reynolds Metals Company and in 1946 served as U.S. undersecretary of labor.

This Colonial Revival style house expresses symmetry in its front facade and central hallway. The sidelighted entry door, forming one of the three bays on the first story, is sheltered by a bracketed hood. A row of vertically laid brick stretchers creates a belt course and defines the change in floor levels. The molded wooden cornice is returned on the gable ends. Brick piers support an open-aired single-story porch on the north facade, made visually higher by end parapets.