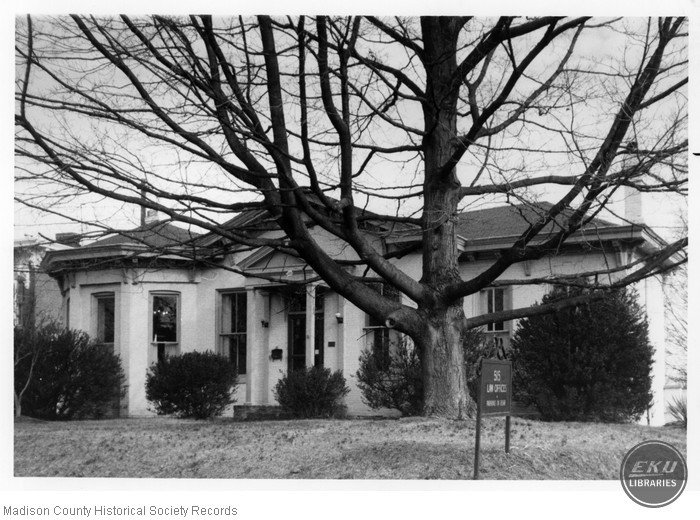 Dr. John McCord Harris (b. 1813), a noted physician of Richmond, once lived in this house, Richmond’s second oldest residence. A brick structure in the rear may have served as Dr. Harris’s office. After the battle of Richmond in 1862 wounded soldiers were treated inside the house.
This one-story residence, which has been adopted as an office, clearly demonstrates an evolution of styling from the Federal to the later Italianate. The brickwork is laid in Federal Flemish bond only on the wast portion of the front facade. On the west portion of the front an Italianate polygonal projecting bay was added in the late nineteenth century. It covers two of the original five bays and removes the Flemish bond from that end. The small-scale structure has a low hipped roof with overhanging eaves and brackets, presumably a part of the addition. Ells at the rear of the building and a low-pitched pedimented extension to the front also were added. An interior foyer was created by this extension, having a step up into the drawing room that now serves as the reception room for the office.