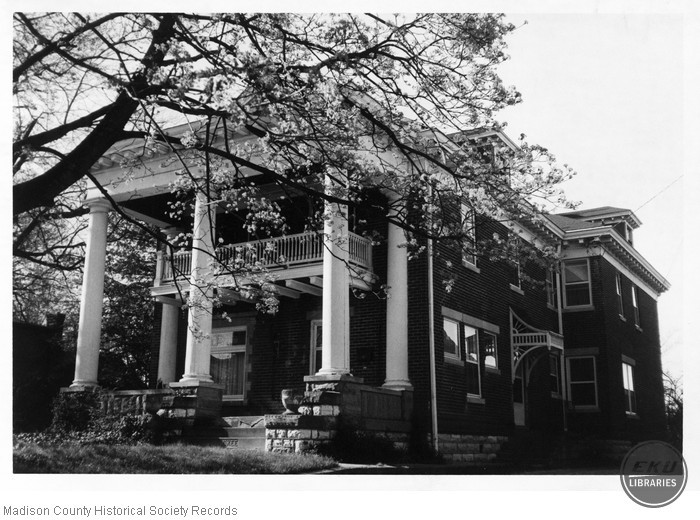 With the gable end as the street facade, this two-story brick residence is one of the more monumental Classical Revival style dwellings in Richmond. The McKee house is basically an American four-square, but heavy ornamentation disguises its form. The two-story portico has massive Doric columns. A cantilevered balustraded balcony on the second floor extends beneath the flat roof of the portico. Over-sized dentils along the eaves and on the gable end are other Classical details.

The windows are particularly interesting. For example, a large front window includes a beveled leaded-glass transom, and a colorful stained glass is encased in some of the windows on the side facades. Also, variations of the Palladian window are seen on the sides and near the apex of the gable end.