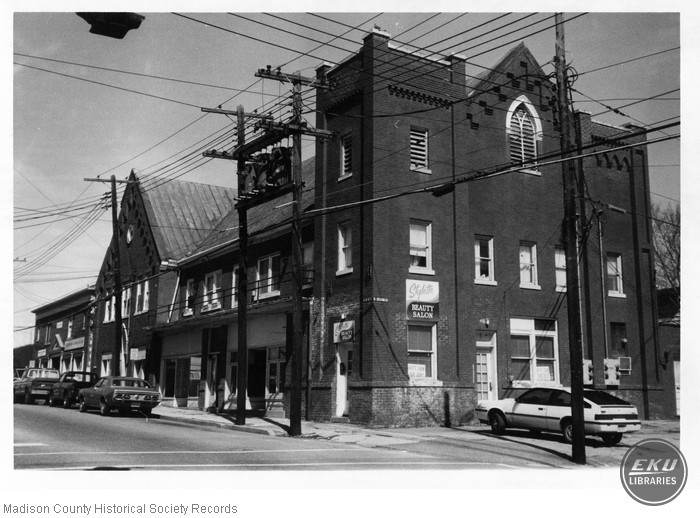 The Methodist congregation of Richmond, organized in 1833, built its first church building on this site in 1841. That small frame structure was replaced in 1882 by this brick building. The congregation, having outgrown this facility, built a larger church in 1927 at Main and Church Streets (MANW-1). AS a religious edifice, the Old Methodist Church had two towers that flanked the main entrance, at least one of them probably ending with a spire. The gabled roof above the nave is slightly higher than the towers, yet the building contrasts with the more vertically accentuated churches on West Main Street. Gothic design arches appear in doorways, vents, and the brick corbel table below the eaves. The former transept gable is framed by a prominent brick cornice. The openings have been completely altered for the sake of this example of adaptive reuse: the church building now contains offices, shops, and apartments.