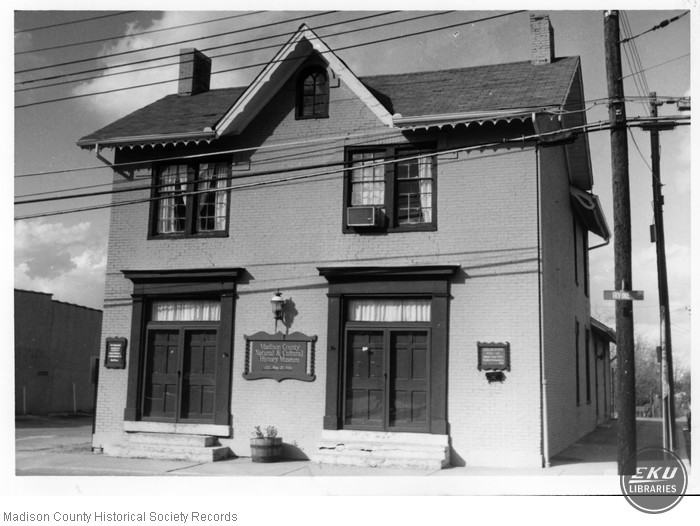 The Miller House has served many functions since it was built for William Miller (1776-1841), son of Col. John Miller (1750-1808), the farmer whose land became Richmond. The structure has been used as City Hall, the Richmond Police Station, and the Chamber of Commerce offices. The building is presently the Madison County Natural and Cultural Museum and the office of the Richmond-Madison County Industrial Development Corporation. It is the only surviving early-nineteenth century residence on the courthouse square but is similar to other buildings in material, scale, and distance from the street.

Mid-nineteenth century decorative elements such as a central cross-gable and bargeboard have been added to the front of the brick house, and bays have been altered, yet Federal features are still evident in the back. The sides of the structure are laid in an English bond pattern, which is unusual in Madison County. Brick stretchers now outline two paired windows on the second story of the front façade. Below each window are large double doors with transoms surrounded by large enframements.