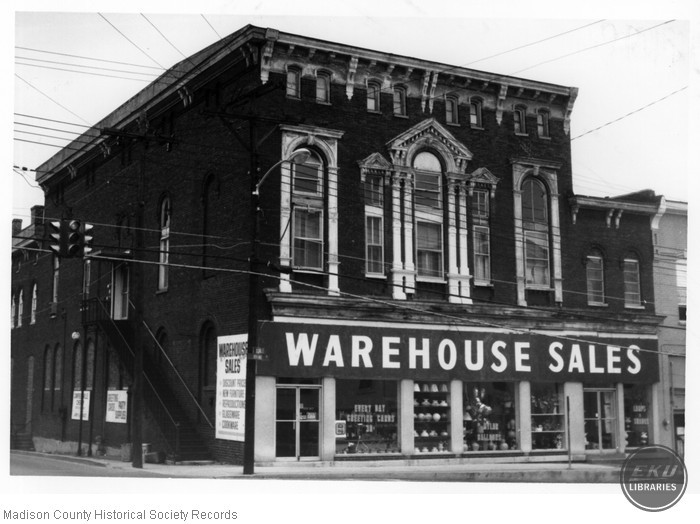 At the turn of the century this monumental three-story structure was occupied by W.S. Oldham Furniture and Undertaking Establishments. Its Classical Revival style brick façade contains stamped-metal pilasters, pediments, large brackets, and window hoods. A row of small, third-story, segmental-arched windows extends into the frieze, just below the roof's bracketed eaves.

Although the lower story has been completely altered, the original bays of tall, narrow sash windows have been retained at the second level. The central arched window is surrounded by pairs of pilasters and a pediment having dentils in the raking cornice. Two narrow windows on either side of this central bay, themselves pedimented, create a Palladian-type window design. In addition, molded lintels, archibolt moldings, spandrels, and pilasters frame the two arched windows on each end of the front facade.