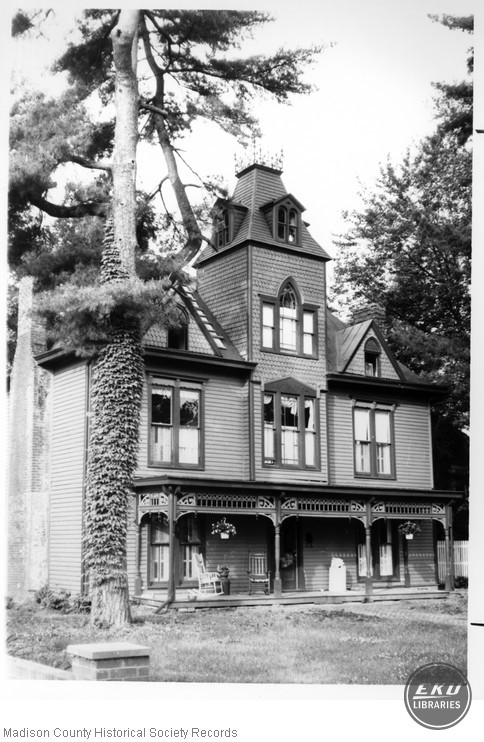 This frame building has been recently restored and is a good example of Victorian Eclectic architecture. The three-story three-bay residence has a mansard-roofed central tower with a “widow’s walk” that is characteristic of the French Second Empire Style. The pointed-arched windows, found on the tower’s upper story as well as on dormers, are a Gothic feature, while the fish-scale shingles appearing on the third-story dormers and central tower, as well as the millwork porch, are details often associated with the Queen Anne style.

The property was initially part of the land owned by Richmond’s founder, Col. John Miller (1750-1808). The nucleus of this distinctive dwelling reportedly predates 18– and, at one time, was a single-story brick house. Existing features lend support to this premise, such as a fireplace still containing wrought-iron pot-hangers for open hearth cooking, thick interior walls of brick, and hewn poplar joists. The most obvious features pointing to the building’s evolution, however, are its chimneys which appear to be much earlier than the Victorian details of the facade.