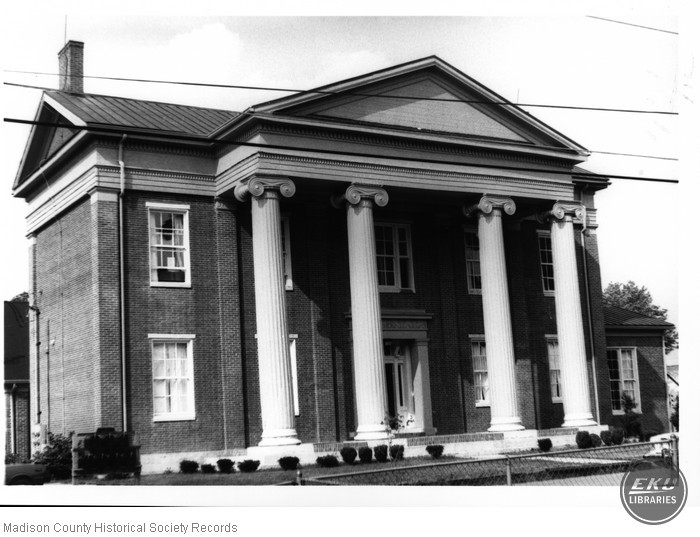 One of Richmond’s most recognized buildings, the Holloway House is the largest example in Richmond of Greek Revival styling in a residence. Five bays, separated by brick pilasters, pierce the front facade which is laid in a Flemish bond. A plain classical entablature beneath a low-pitched gable roof surrounds this single-pile residence. The entablature and raking cornice create pediments on the gable ends. Tall, flutted Ionic columns on a three-bay two-story portico in the center of the front facade support this same entablature as well as a classical pediment. Transoms and sidelights in the central doorway are surmounted by an orate entablature having acanthus leaf detailing and are framed by simple pilasters. The design for this frontispiece was adapted from drawings by Minard Lafever (1797-1854), a New York-New Orleans architect and author of several design books. 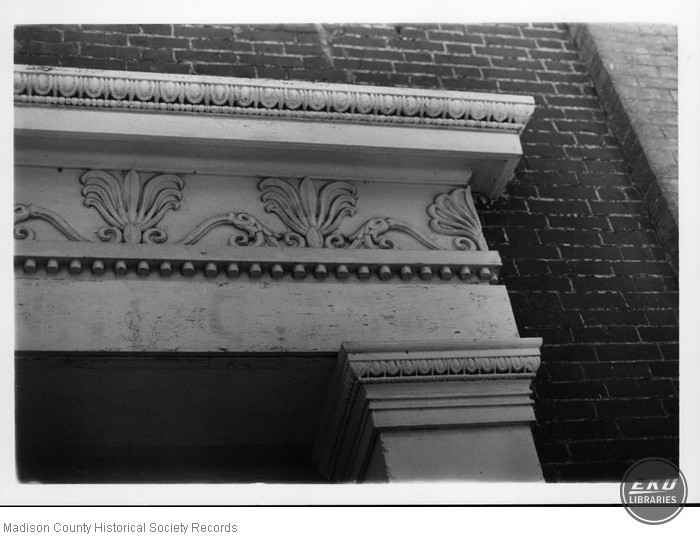 In the interior a curved stairwell and winding staircase with turned balusters continue the stylish ornament present on the exterior. The house once had massive walnut cupboards and silver doorknobs. Plaster rosettes, with a particularly complex one centered above the staircase, mark the ceilings. The plaster cornice is intricately detailed. Projecting cornices over shouldered architrave door frames contain the same egg-and-dart motif and bead molding that can be seen on the exterior entablature of the frontispiece. Originally named Rosehill, the Holloway resident once faced, uninterrupted, the entrance to the Richmond Cemetery and stood on a thirty-two acre estate owned by William Holloway (1810-1883), a leading Richmond merchant, and his wife Elizabeth Field. Reputedly, Bereans were lodged in the house in 1859 while fleeing Kentucky, and it reportedly was open to Union soldiers during the battle of Richmond. Jonathan T. Estill, its second owner, was a major and paymaster in the Union Army. The house was called Estillhurst during Estill’s ownership. 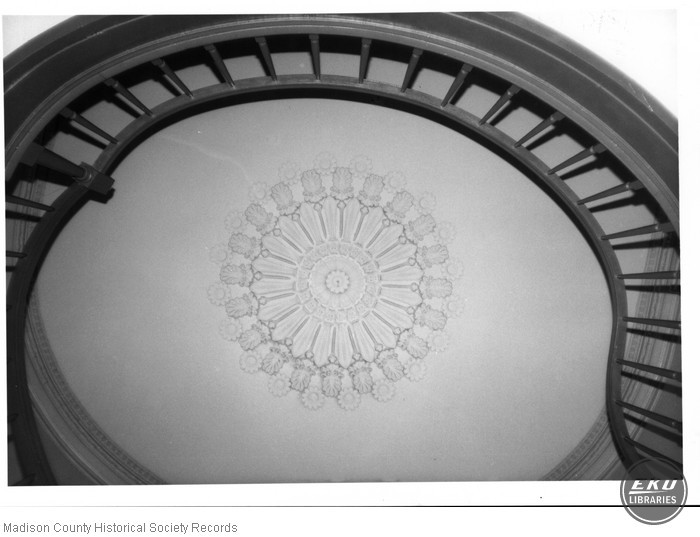 The Holloway House was purchased in 1938 by the Telford community Center, a corporation devoted to civic, religious, charitable, and social activities. Additions were made to the building in 1957. The Telford Center at the Holloway House served the community intermitantly until the late 1970s.