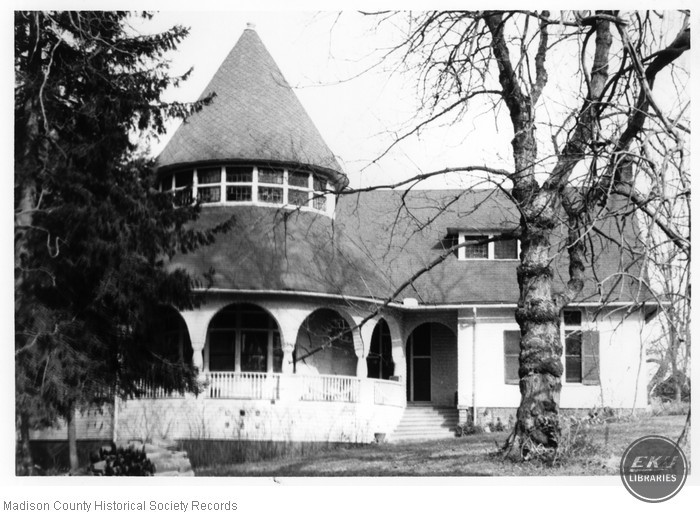 Dr. A. Wilkes Smith (1844-1904), a local dentist who had been a professor at Central University’s College of Dentistry in Louisville, was the first owner of this house. It was also the residence for a number of years of the Thomas Jefferson Smith family. Mrs. Smith was te former Elise Bennett, a granddaughter of Cassius M. Clay. An elliptical driveway leads up to the Wilkes Smith House which has been designed in the Shingle style combined with the Queen Anne. The shingle-covered facade contains two towers. The Queen Anne style is reflected in the asymmetry, the Shingle style in the use of shingles and the conical-shaped tower in the center of the gable roof. A pyramidal tower surmounts the carriage porch on the left side. A one-story porch, a feature typical of the Queen Anne style, covers much of the front facade. A curved arcade is supported by shingle-covered posts along the porch.