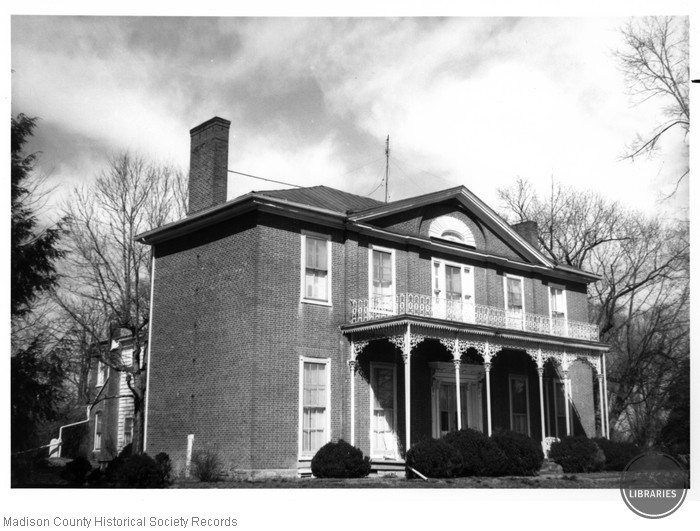 Built in 1840 for Maj. James Blythe (1794-1873), Blythewood was at one time part of an estate that comprised over 2,500 acres. Although no architect can be documented, the many features of Blythewood are similar to several houses in Lexington designed by Matthew Kennedy, the first self-declared architect of the Bluegrass. In fact, Blythewood appears very similar to houses in Richmond that are believed to be Kennedy’s work.

Brick pilasters separate the three central bays from each of the end bays. The pilasters seemingly support the central pediment that dominates the front facade. In the typanum a blind arch contains a concentric, fan-shaped lunette rendered in wood. A low hipped roof is punctuated by interior end chimneys. The five bay facade includes Federal brickwork of Flemish bond with jack arches capping the windows. 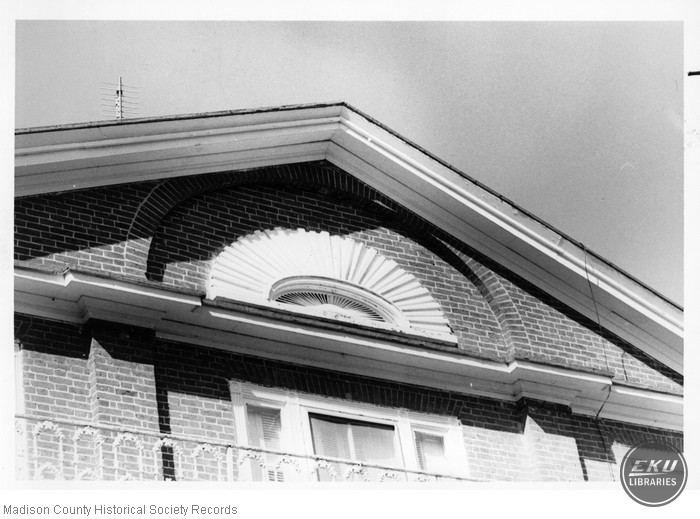 In the late 1900s certain alterations were made, such as the addition of a wrought iron porch and balcony with scroll brackets, supported by fluted Corinthian columns. The first floor windows were also elongated, the entrance was widened and a scroll bracketed entablature replaced the arched central doorway. The initials “JDH” for Blythewood’s third owner, Maj. John D. Harris (1829-1905), are etched in the glass of the double-leaf door. The original reeded window surrounds with the bull’s eye motif are retained, with modified woodwork on the later extentions. Sidelights emphasize the central window on the second floor.

A two-story brick ell at the rear contains galleries on both sides, with the east gallery still open. Outbuildings include a collapsed two-story log structure and a log ice house, as well as two frame buildings.