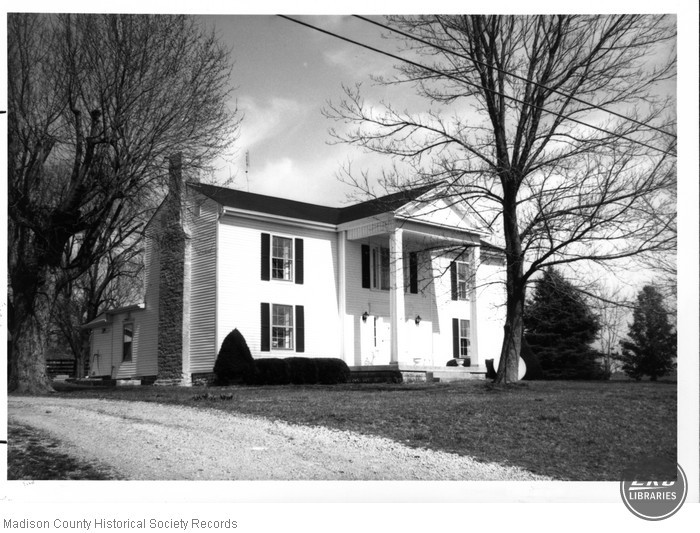 The Architectural Style of the facade is Greek Revival, exhibited in the two-story single-bay pedimented portico. Sidelights and architrave molding mark the central doorway and are repeated in the central second-story window. Two stone chimneys, as well as a third in the rear , appear as they did when built.

Initially, the clapboard-covered frame house consisted of six rooms and two large hallways, with the floors linked by two staircases. The front stairs are unusual in that they are a straight run, parallel to the large front entrance. Until a door to the hallway was provided, one upstairs bedroom was accessible only by the back stairway. The six-inch pine floors in the upstairs, as well as the poplar woodwork and doors, are originals.