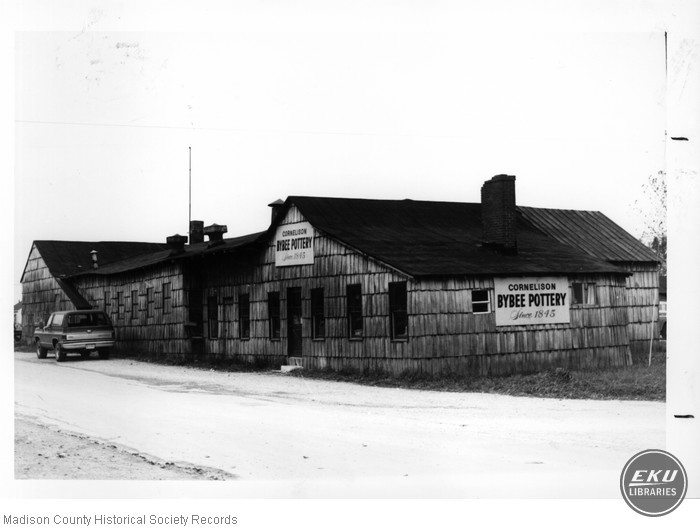 Located in the small rural community of Bybee, Bybee Pottery is the oldest existing pottery west of the Alleghenies and the oldest industry in Madison County. Although the earliest surviving sales records date from 1845, it is believed that the pottery was established as early as 1809. The location of the operation was selected because of the large clay deposits in the area. 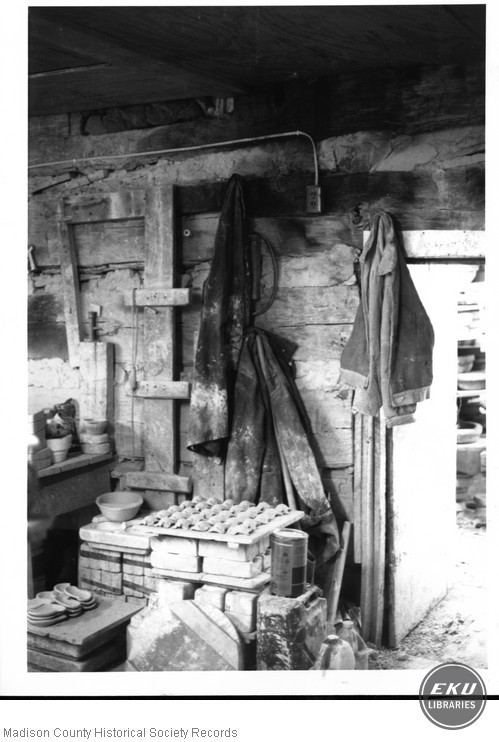 Hand-turned articles have been modeled by six generations of the Cornelison family in the log building at the site. When Bybee was first established, workers ground the clay by using a horse-drawn wheel; they still throw it on foot-controlled potter's wheels. The oldest and central portion of the structure is built of V-notched logs with walnut ceiling joists. Over the years the floor level has been raised several inches through the accumulation of clay dust. Clay is still extracted nearby, ground in an antique pug mill, and stored until needed in an old vault. Bybee pottery has been made by the same process for almost 150 years and is nationally known.